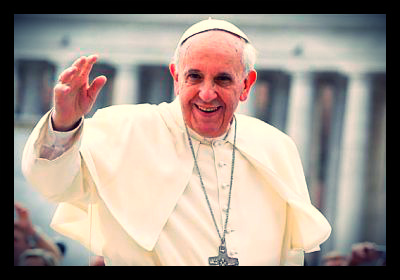 With appointments set in the near future with both Hillary Clinton and Barack Obama, his having chosen the first round of Cardinals, and being Time Magazine’s “Person of the Year”, it is a good time to look at who the new Pope Francis is.

Most people have now run across some piece of news about him, most likely having to do with his groundbreaking decision to denounce most luxuries afforded to the Pope, such as his insistence in driving his old car, or the latest quote he made, which was deemed extremely progressive as far as how the Catholic Church has portrayed itself in the past.

Born in 1936 in Buenos Aires, Argentina, Pope Francis has been changing things up since he became Pope. News titles such as, “The Political Genius of Pope Francis” from Politico, or “Pope launches Vatican Bank Purge” from WND, give the impression that the Pope is a man of the people. Certainly Catholic followers, many more have been impressed by the new Pope, and it seems the popularity of the Catholic Church is on the rise.

This Pope comes off the heels of an unprecedented occurrence: the living Pope, Pope Benedict, stepped down while he was still alive. This means for the first time in modern history, there is a living former Pope. Mystery and occult knowledge have always enshrouded the Vatican, and one cannot expect centuries of tradition to be broken overnight. However, all the trends and decisions of Pope Benedict as of yet seem to be doing just that.

Pope Francis recently had one of his first major opportunities to manifest his vision of what the Church he now leads should look like. This came in the form of his first round of electing new Cardinals. Given most of the reporting from reputable sources, a continuance of this progressive trend, this was very heavily enacted. With so much influence and resources at its disposal, the Catholic Church, and, more succinctly the Vatican hold immense sway on the direction of how this global society progresses.

The decisions made have vast ripple effects that few other institutions have the capacity to do. With a seemingly new direction and a new leader, a new era for the Catholic church may be beginning; of course, only time will tell. 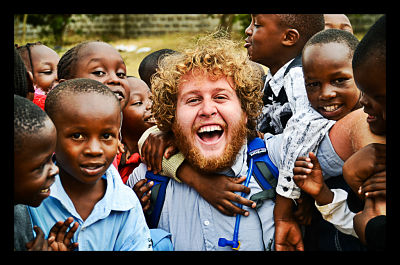 Due to the recent surge of postmodernism and secularism, religious organizations have been greatly discredited in recent years concerning the fight against international poverty. Nevertheless, a nation’s religion can be one of its strongest institutions, instilling beliefs about how property should be handled and how the poor should be treated, both of which are vital to international development. Yet, despite the fact that they are extremely involved in education and health programs around the world, religious organizations have been largely excluded from the broader development agenda.

Those that seek to keep development and faith separate are barring themselves from certain communities. In many developing nations, communities are close-knit and knowledge is often most trusted when it comes from religious figures. Thus, even though religious officials and development experts will still continue to have different approaches to solving the problems that plague the communities they serve, secular organizations only cheat themselves by not collaborating with local religious organizations.

In the New Testament alone, there are over 2,000 references to poverty. The giving of alms to the poor, or zakat, is a pillar of Islam. And even though it admonishes attachment to material things, even Buddhism espouses dukkha, or “ill-being.” Therefore, religious groups and development organizations share common concerns.

Opponents of such collaboration, however, often speak to the divisiveness of religion. In the fight against HIV/AIDS, for example, many religious leaders (both in the developing world and in the United States) have had a history of discriminating against and stigmatizing those with the virus, which has only led to a spread of the pandemic. A similar phenomenon is currently occurring in Pakistan where radical Muslim groups are encouraging parents not to inoculate their children against the polio virus due to distrust of the West. But these are, above all, examples of why increased cooperation is sorely needed. Information is power. The truth is power. When people who are working toward eradicating poverty and disease collaborate with those involved with religious institutions, life-saving knowledge and resources can be more effectively imparted to those who need it most.