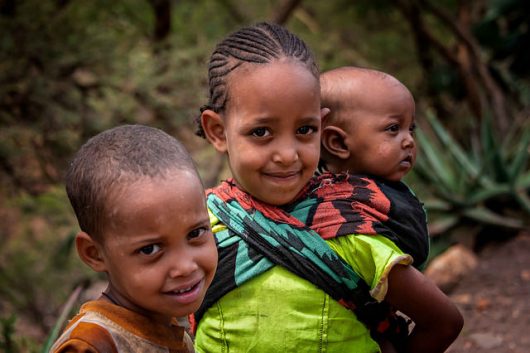 Hunger Plus focuses its efforts on reducing global hunger and deaths caused by it. It is Hunger Plus’ goal to find a way to reduce global poverty by promoting access to a simple, yet very necessary thing: food. The organization also spends time and effort bringing medication to those in need to provide care against preventable and communicable diseases. Hunger Plus focuses its outreach both domestically and internationally and recently aided victims from Hurricane Harvey.

While Action Against Hunger works internationally, it is still one of the lesser-known humanitarian organizations. It works to reduce hunger by providing hands-on assistance and by shifting the focus from groups to individuals. Action Against Hunger believes that world hunger can be reduced by focusing efforts on mothers in developing countries. One of its goals is to educate women to accurately diagnose hunger needs and assist in reducing malnutrition. Action Against Hunger has won numerous awards and has been the leading force against hunger for approximately forty years.

Relief International is an international organization that works in 19 countries to prevent human suffering. It is one of the lesser known humanitarian organizations and focuses on implementing the RI Way, a method used by the organization to encourage communities to discuss solutions for current situations. The group then assists in implementing the solutions. Its method is to deliver immediate access to basic resources like money, food, water and medication. Relief International also remains until a long-term solution has been established as a success. The aim is community-based, so individuals within the community are thinking of the best solutions for their group instead of accepting existing solutions that may not work.

There are many lesser-known humanitarian organizations outside the media’s influence that are worthy of donations and assistance. More widespread focus on certain issues and attacking the same problem from different angles may just be the way to reduce global poverty. 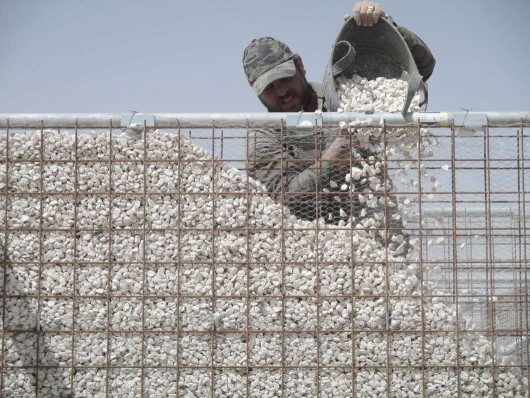 One of the main priorities for families living in refugee camps in the Middle East is the education of their children. Architects, nonprofit organizations, and a scaffolding company have teamed up to create the Re:Build construction system, a project that creates low-cost durable buildings built of readily available resources such as sand and soil. The buildings, which are planned to house schools, are easily set up and can be transported to other locations.

Children consist of a large proportion of refugees from Syria, and many of them have been out of school for several years. Building schools and providing them with education provides them with vast opportunities and empowers them to create their futures for themselves.

In order to better refugee education, these mobile, easily constructed schools can be expanded by adding extra modules, built by the refugees themselves, use sustainable materials that are locally and widely available, are weatherproof even in areas with seismic activity, and are designed with their communities in mind.

How do these systems work? They use wall frames filled with natural materials such as sand, gravel, or stones. The roof frame is topped with soil to provide insulation and a fertile place for micro-crops to grow. The structures have structures to reroute rainwater, come with solar panels, and have plywood flooring.

The Re:Build construction system was designed and implemented by architects Cameron Sinclair and Pouya Khaezli, nonprofits Save the Children and Relief International, and scaffold company Pilosio Building Peace. Together, they have constructed two schools in Jordan: one at Za’atari camp and another at Queen Rania Park in Amman. The Za’atari camp is the Middle East’s largest refugee camp which has now been existence for three years.

They are not only cost-effective but also mobile–they do not require construction crews to set up. According to Sinclair, many parents of the school’s new students helped construct the building. The cost of each school is still quite high – $30,000 each – but with crowdsourcing campaigns and local nonprofit donations, these schools are beginning to effect great changes for the children who use them.

In times of conflict, when many people feel as though they have no control over their situations and destinies, education can serve as an anchor for the heart.

“We victimize refugees by treating them as second-class citizens instead of understanding that they are some of the most resilient and hardworking people on the planet, said Sinclair. “By engaging the refugees as paid laborers ensures that they once again feel in charge of their own destiny and leave with the skills to reassemble the school back in their home country.” 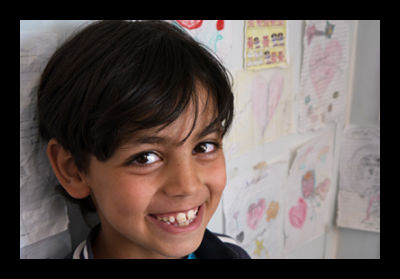 Relief International, or RI, is a humanitarian nonprofit committed to serving the world’s most vulnerable by providing emergency relief, rehabilitation, development assistance and program services.

This nonprofit’s mission recognizes that providing multi-sectoral, pro-poor programs that bridge emergency relief and sustainable development at the grassroots level is the best approach to empower the communities they serve.

By increasing local resources in both program design and implementation, the most vulnerable can then become self-reliant. This applies especially to communities that have been hit by natural disasters, which are subject to the most negative impact on those already in poverty.

But RI sees this as opportunity to bring about positive, social change using disaster as a catalyst for profound humanitarian efforts that foster an environment of self-help and sustainability.

They do this through six sectors:

RI believes that by working through these sectors focused on large-scale crises, they can then provide the high-impact development emergency programming to communities in need.

According to their website, they claim to be the first U.S.-based agency to do this. Since its founding in 1990, their team has grown to be around 17,000 professionals working in 24 countries around the globe.

Though these numbers prove to be impressive for any nonprofit, RI continues to seek enthusiastic and committed individuals to join their team. There are a variety of ways to join by volunteering and interning in both the U.S. or abroad. This can be in development or in emergency response capacities.

If there’s ever a friend to have during a crisis, it’s Relief International, an international nonprofit organization based in the US that provides comprehensive support in response to natural disasters and conflicts around the world. The organization, which spent over $33 million in expenditures for the cause in 2011, has a unique focus on long term development in regions affected by crises, even when they are still in the emergency phase. In many cases, Relief International has been the first US-based agency to provide development relief efforts in the affected region following crises, but the benefits of their efforts are certainly not the first to leave.

Relief International divides their works in six different areas – emergency health and sanitation, food and agriculture, education and empowerment, livelihoods and enterprise, shelter and infrastructure, and protection and human rights – all of which help victims get back up and stay on their feet long after a crisis.

In the event of a crisis, first Relief International focuses on meeting the immediate needs of the victims, by providing food rations, clean water, temporary shelter and emergency medical supplies through their emergency health and sanitation programs. Once the immediate danger has passed, the organization stays in the region to help victims can get back to their original way of life, or even make it better than it was before.

This involves creating sustainable agriculture practices by educating farmers and communities about how to diversify their crops and efficiently use resources, and helping students continue their education by providing educational resources such as books, supplies and buildings such as technology centers and libraries. Relief International also provides educational programs that teach students service learning and leadership so they can become advocates for change in the future. In addition, the organization helps adults jump back into their careers through vocational training opportunities and giving microfinance loans. All the while, they are also advocates for human rights by creating programs to educate women about their rights and providing legal assistance, while also promoting journalism on issues like human trafficking and promoting democratic government.

One of Relief International’s most recent projects was the opening of a Zoonosis control office in the Chitral district of Pakistan. Zoonosis is a type infectious disease that can be transmitted between species (meaning it can affect both humans and livestock), and is known to be one of the deadliest health hazards in the region. There are 296 diseases, including Tuberculosis, Tetanus and Rabies, that fall under the Zoonosis category. Relief International’s office will focus on advocacy and awareness about the type of disease, and integrate surveillance and response management in the region so less people become infected.