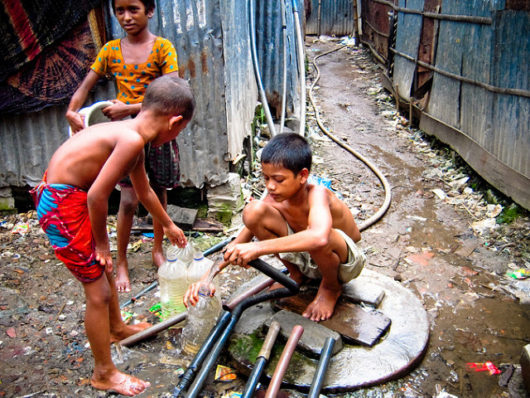 In November 2018, The Bill and Melinda Gates Foundation hosted the Reinvented Toilet Expo in Beijing. The Expo was the latest iteration of the Reinvent the Toilet challenge that was started in 2011 to help bring clean, safe sanitation to millions of people living in poverty in the developing world. The expo unveiled the world’s first pathogen killing toilet along with small-scale wastewater treatment plants ready for sale to both private and municipal entities. Innovations showcased at the Expo have the potential to greatly decrease human and economic losses because they provide improvements in sanitation and hygiene.

The Importance of Sanitation and Hygiene

Unlike most modern toilets, where waste is flushed away with water, these reinvented toilets separate the waste and water and were designed to be used in areas where no sewer systems exist and to safely reduce waste byproducts  With 2.3 billion people worldwide not having access to basic sanitation facilities, it is no wonder that as many as 892 million people defecate in open places like street gutters and bodies of water. This creates serious sanitation concerns as it contributes to the spread of diseases including Hepatitis A, typhoid and polio, as well as intestinal worms, schistosomiasis and trachoma.

Poor sanitation and hygiene along with inadequate water kill as many as 842,000 people in low and middle-income countries each year, affecting children under five the most. According to a 2013 UNICEF report, “2,000 children under five die every day from diarrheal disease, and of these 1,800 deaths are linked to poor sanitation, water and hygiene.” These figures underline the importance of hygiene and sanitation around the world, showing just how important the work done with the Reinvented Toilet Expo is.

Decreasing the Number of Sanitation and Hygiene Related Deaths

The innovative ideas displayed at the Reinvented Toilet Expo aim to significantly decrease the number of deaths from poor sanitation over the course of the next 10 years, especially in urban areas.  The World Bank, the Asian Development Bank and the African Development Bank were among the financial institutions that have pledged financial commitments with the potential of reaching $2.5 billion toward urban sanitation projects, which is the largest ever coordinated commitment to urban sanitation.

According to The Bill and Melinda Gates Foundation, poor sanitation and hygiene lead to more than $200 billion lost in healthcare costs, decreased income and productivity. The new toilets would greatly reduce that number. The reinvented toilet could represent an estimated $6 billion in the global market by 2030 and could even help open up a new sanitation sector. The World Health Organization reported that every dollar invested in global sanitation could have an average return of $5.50.