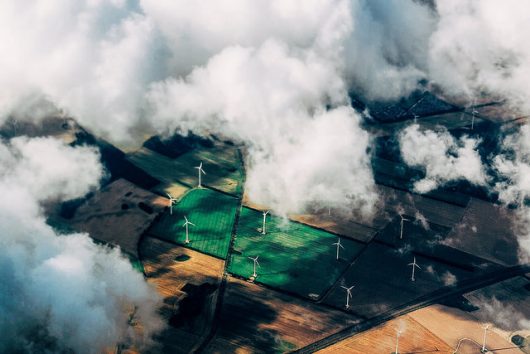 Despite being home to more than 40 million people, Central America harbors many cities yet to be touched by electrical grids. Currently, one in 10 Central Americans lives quite literally in the dark, with no access to electricity. But through the Regional Clean Energy Initiative (RCEI) funded by the United States Agency for International Development (USAID) and regulated by Tetra Tech and the International Renewable Energy Agency (IRENA), more Central American areas will have power and sustainable means to produce it.

Why Sustainable Energy Is The Future

The Central American economy is developing and generates a growth rate of more than 3 percent annually. The biggest barrier to a further increase in this rate comes from the lack of productivity in most regions after sunset. Due to the absence of natural light and electricity, residents cannot do any manual labor; as a result, there is an abrupt halt in business outputs after a certain time of day.

Lack of power also prevents children from studying in the evenings, which makes it more difficult for their education to progress at a regular pace; the electricity absence often leads to incomplete homework and inadequate revision of material. Finally, the lack of electricity also introduces the risk of health hazards for those who work in the dark.

Most might claim that the simple introduction of a power source can eradicate these problems, but it is actually more imperative to create sustainability in Central America. Currently, the estimated 7 million people who do not have access to electricity live far from the cities and their well-established grids.

To ensure that power reaches these members of the population, IRENA and the Central American governments are working towards moving away from fossil fuel dependence and towards the development of identified renewable energy sources. This works in their favor because these rural areas have larger spaces to channel energy from natural phenomena (such as sunlight and wind) and cultivate it for use.

Renewable sources of energy can also effectively satiate the high demand for electricity in these regions. Worldwatch Institute revealed that geothermal energy alone has the potential to meet twice the predicted regional electricity demand till 2020.

Currently, only 1 percent of the available resources are used to install windmills to produce energy, leaving enough for developing solar and biomass sources too. Improving sustainability in Central America is thus the most affordable and optimum way to equip deserving rural communities with electricity.

The RCEI is currently implemented in Guatemala, Honduras and El Salvador. Tetra Tech plays an important role in this by implementing a joint regulatory and trade policy to strengthen the regional electricity market and make it more accommodating to sustainable energy.

This is supported by the Central America Regional Regulator (CRIE) and the regional market operator (EOR), who are both in charge of proposing mechanisms for sustainable energy use and frameworks that entail the burden of implementation shared by local operators and other market stakeholders.

Tetra Tech has also been successful in developing standards and quality-checks for equipment and energy efficiency. These standards ensure that the renewable resources are optimally utilized for the best possible results.

Thanks to these equipment standards, the city of Zacatecoluca in El Salvador now has a five-mile stretch of streets powered by quality LED streetlights. Not only are they illuminating the city in the night, they are also making it a safer place for its 40,000 residents.

The introduction of electricity to these regions mitigates the risk of health hazards and economic stagnation. As systems continue to power the countries even in the dark, people can work longer hours and accomplish more every day.

Inhabitants will also begin to feel safer at night and become motivated to work after the sun sets in order to earn more. More importantly, the setup of a regional framework of sustainable energy allows improved transport and communication links between the participating countries, which can lead to more trade and a higher national output.