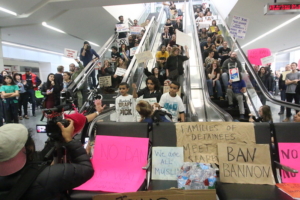 Regional approaches to immigration highlight the potentially divisive topic as a building block for a better future. Across the world, nations respond to immigration influxes differently. However, history and modern immigration both show that immigration’s greatest impact is on lifting families out of poverty.

Immigration is the movement of people from their home country to another country of which they are not native. Politically, immigration remains controversial throughout the United States. Many U.S. citizens believe that migrant families promote unwanted competition for resources and increase violence. However, what these beliefs fail to acknowledge are the reasons that individuals may leave their home countries. For many, the need to seek refuge dominates the need to leave their country of origin. For others, the desire for employment and education, an improved standard of living and a better life overall weigh into migrant decision to move.

Despite the controversy surrounding immigrant families, experts predict that the number of immigrants will continue to increase over time. While the U.S. has exerted effort into preventing widespread immigration, other countries have embraced their foreign neighbors.

Per Lumen Learning, Japan once had strict laws concerning immigration. However, issues such as a high birth rate and an aging population forced the country to reevaluate its policies.

In Europe, immigrants helped to rebuild and repopulate after World War II. Meanwhile, in 2010, there were 47.3 million immigrants living throughout Europe, which has experienced great economic growth since WWII.

In Contrast: Spain’s Response to Immigration

Since April 2020, Spain’s Canary Islands have received approximately 23,000 migrants from Africa. Families in Spain are welcoming immigrants and working with nonprofit organizations to offer foster care. Children between the ages of 6 and 12 are eligible for governmental foster care, and those younger than 6 are eligible for adoption (when confirmation determines that they do not have any documentation or family members in the European Union). This gives migrants an opportunity to begin a new life in Spain, and the Spanish government has experienced improved tourism and economic conditions.

Lessons to Learn from Regional Approaches to Immigration

In countries that have embraced immigration, the population understands that foreign does not equate to threatening. They have also understood, or at least recognized, the need and desire for migrants and their families. This understanding has proved to be a building opportunity rather than a competition. As regional approaches to immigration continue to differ in understanding, they will continue to differ in benefits.