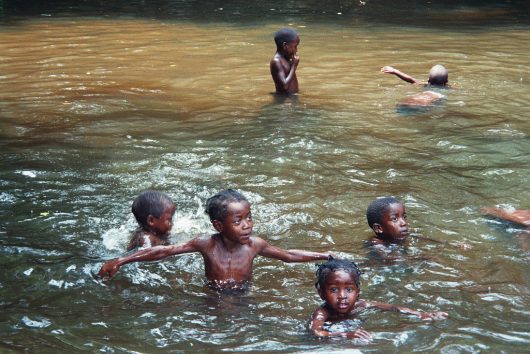 Water quality in the Democratic Republic of the Congo is in need of improvement. Only 46 percent of the population has access to clean and safe drinking water. Although the DRC has an abundance of freshwater sources, pollution and accessibility are major issues in the country.

According to the World Food Programme, the DRC is one of the poorest countries in the world. Therefore, the country has a lack of infrastructure and insufficient water storage and treatment facilities. Poorly maintained water systems can be dangerous because old and rusted pipes can possibly pollute water. Some towns, especially in rural regions, do not have any water systems.

For instance, the isolated town of Kasongo once had a working water system but it broke down and was not been repaired for several years. Without running water, residents had to walk three miles to get water from the nearest stream. This trip can take up to two hours. This is common for rural towns in the Congo.

People in the rural regions who depend on direct water sources are more likely to drink unsafe water. Approximately 37 million people in rural areas are at risk of contracting a disease from contaminated streams and rivers. One of the most common illnesses caused by unsafe drinking water is Cholera. Every year, 20,000 people die from cholera.

UNICEF representative, Pierette Vu Thi says, “A child living in a Congolese village is four times more likely to drink contaminated water than someone in town. Yet, all children have equal right to survival and development of which drinking water is a vital component.”

There are many solutions being explored to improve water access and quality in the Congo. The state water company REGIDESO is tapping groundwater in order to install pumps in remote rural areas. This method is much cheaper and less difficult than installing water systems. But, old water systems are also being restored. In Kasongo, REGIDESO replaced their defunct water system. The old storage tank, engine and pump were repaired with new models. A network of pipes and taps were extended to provide more people with running water.

The water quality in the Democratic Republic of the Congo is poor especially for the Congolese in rural areas. However, with new initiatives, many more people will gain access to clean water without having to travel miles.