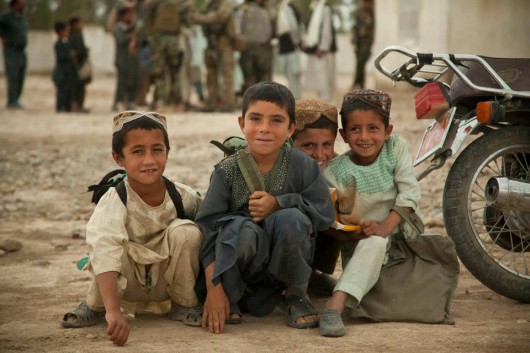 In response to the large number of asylum seekers who have reached the country, Germany has hired 8,500 additional teachers to educate child refugees. According to an article in the German newspaper, Die Welt, the new teachers will give special language classes and additional help to the children to help them catch up with their peers.

According to a survey carried out across 16 German states, an estimated 196,000 school-age refugee children entered into the German school system in 2015. They were escaping situations of poverty and war.

“Schools and education administrations have never been confronted with such a challenge,” Brunhild Kurth, head of the education authority in Germany said to Die Welt. “We must accept that this exceptional situation will become the norm for a long time to come.”

Germany has led Europe in welcoming refugees from war-torn areas across the globe. According to Al Jazeera America, over one million asylum seekers entered the country in 2015. The interior ministry of Germany claims this is around five times more than the previous year. Those fleeing war and violence have the greatest likelihood of being granted refugee status. Within that group, refugees from Syria, Iraq and Afghanistan make up about half of the asylum applicants in the nation.

An additional 20,000 teachers are expected to be needed in the upcoming months to accommodate a large number of child refugees. This statistic is according to Heinz-Peter Meidinger, head of the DPhV (Deutscher Philologenverband), a teacher’s union in Germany.

Marlis Tepe, head of the GEW, an education and science union in Germany, believes that number may be even higher. “Our formula says for every 100,000 new pupils, we need 8,250 teachers,” Tepe said in an interview with Deutsche Welle.

Saxony, a state in eastern Germany, has hired 300 additional language-focused teachers for the influx of refugees and plans to recruit approximately 190 more, according to CNN. The state plans to focus on providing special German as a second language course for the children.

“It’s an immense challenge, but we are full of confidence that we will cope with the influx of refugees at school,” Manja Kelch, press officer for Saxony’s Ministry of Education and Cultural Affairs, said in an interview with CNN. “Our experience is that the refugees often are very ambitious and willing to integrate. We have examples of refugees who are the best in their classes in our schools, in a very short time.”