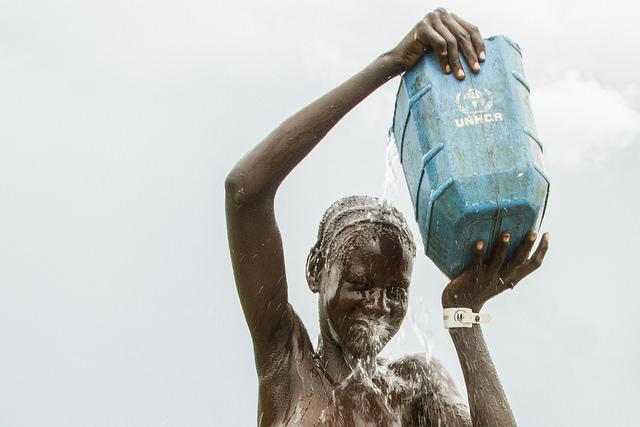 On July 9, 2011, South Sudan was granted independence from Sudan and became the first African country to secede since Eritrea’s division from Ethiopia in 1993. This succession was the result of a 2005 peace deal that would end Africa’s longest-lasting civil war. As of December 2013, a civil war in South Sudan began when President Salva Kiir accused the previous vice-president, Riek Machar, of planning to overthrow him.

Violence and Insecurity in South Sudan

Once this accusation was made, Machar led a rebellion that took control of several towns and killed thousands. Those that were left in the midst of this civil war were forced to flee to surrounding nations for protection and aid.

In fact, the civil war has caused over 1.5 million South Sudanese to be displaced; in fact, approximately 63,000 people are forced to leave their homes per month. That being said, one of the largest problems South Sudan faces right now is food insecurity. According to World Food Programme statistics, 40 percent of the country’s population needs food assistance. Looking at the bigger picture, this can be credited to lack of land, resources and labor, as a majority of these assets go to defense systems.

The Humanity Helping Sudan Project (HHSP) aims not only to raise awareness for the world refugee crisis but also to create and implement strategies for self-sufficiency and long-term sustainability. This includes, but is not limited to, access to clean water, small-scale farming and fishing and refugee education.

The founder, Manyang Reath Kher, a former refugee of the South Sudanese civil war, spent 13 years as a refugee in various camps between the borders of Sudan and Ethiopia. When he traveled to the United States, he began to raise awareness for the world refugee crisis, especially of the conditions of refugee camps.

HHSP is an organization that guides the refugees of South Sudan out of refugee camps and equips them with the necessary skills to rebuild their lives. For instance, refugees are given portions of land and taught how to farm crops, fish from the rivers and maintain livestock. In addition, this population is also encouraged to attend school to learn skills (including how to build wells and maintain irrigation systems) in hopes of self-sufficiency.

On the other hand, 734 Coffee, also founded by Kher, aims to raise awareness of the faces and stories of the refugees of South Sudan that create its coffee by finding ways to display the commonly unnoticed refugee impact on its coffee.

When addressing those in poverty, it is important to remember poverty is not solely about money but is rather multi-layered with aspects such as food insecurity, homelessness and advocacy ability. HHSP conveys such facets by using several projects to help the refugees of South Sudan rebuild their lives. These people are given the skills necessary to become self- sufficient in both the short and long terms, and their inspiring and impactful stories now have more of a means to circulate the world as well.