Tag Archive for: Refugees In Johannesburg 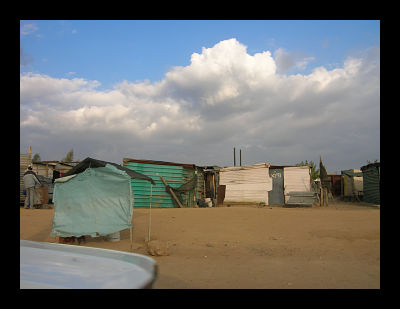 For the last 25 years, Women’s Refugee Commission has pushed hard for policies and programs that would drastically improve their way of living. Displaced women, men, children and young people have been living in tents in extremely populated, dusty camps. The United Nations High Commissioner for Refugees (UNHCR) has come up with ways to change the way refugees are living and want to make crowded, dirty camps an anomaly as opposed to the norm for Johannesburg.

The international humanitarian community saw the crisis in Syria, that left over three million refugees, and realized that there needs to be action taken to improve the reality in Johannesburg. Currently, there are 17 million refugees in the world, and only about one third of them live in camps. The ones who choose to not live in the camps live in the cities where it is possible for them to live more independently.

UNHCR released a policy statement back in 2009 saying that urban areas were a legitimate place for refugees to enjoy their rights. Going even further, now there has been a new policy released that commits the agency to “actively pursue alternatives to camps whenever possible.” This is the first recognized statement that we know of by the UNHCR saying that camps should indeed be a last resort for refugees.

In addition, refugee camps in Johannesburg have grown to become difficult to fund. “A lot of funding goes to new emergencies but within as little as 18 months, if the emergency is not continuing, there’s a falling away of donor support,” said Steven Corliss, director of UNHCR’s Programme Management and Support division. As the funding starts to trickle away, even basic services start to be in jeopardy like education and food.

The biggest obstacle that this policy would face is getting host states on board with it. The objective would be to convince the governments of these host states that alternatives to camps can not only improve the lives of the refugees and be better for them overall, but also it can increase local economies and communities.

The first step to executing this policy is to not only offer the refugees aid but also rights. These rights would include things like the right to go to work and send kids to school to get basic education. Michael Kagan, co-director of the Immigration Clinic at Nevada University’s William S. Boyd School of Law, supports the alternatives to refugee camps and said, “They have to have rights to be able to rebuild their lives in dignity. And that requires government buy-in.”

Although this policy is ambitious, it seems to have the support needed to be implemented and in turn help the refugees live more independently and build a better future.