Tag Archive for: Refugees and Migrants in India 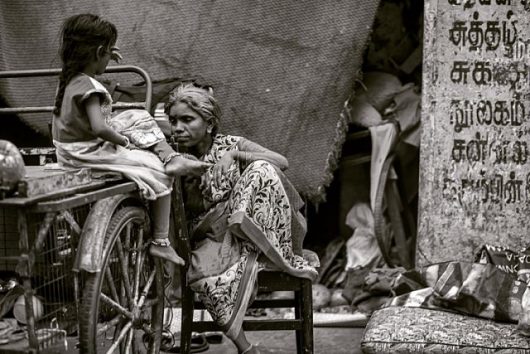 The Indian government recently published its National Register of Citizens (NRC) for the State of Assam, cataloging the names and personal information of its citizens. The list has brought about controversy in light of the omission of an estimated four million residents of Assam, a state known for being a haven for Bangladeshi migrants and refugees.

These four million people could soon become stateless, which is an issue that The U.N. Refugee Agency (UNHCR) must look to solve if it plans to meet its goal of ending statelessness in India and throughout the world at large.

Legal Status is Being Threatened in India

March 24, 1971 was the cutoff date that the Indian government chose for proving legal status in Assam. Those that could not prove that they came to the state before this date—the day before Bangladesh declared its independence from Pakistan—would not be granted legal status in India.

The origin of the register is rooted in fear of the state’s Hindu-majority being altered by Muslim migrants. Now, the updated register almost solely excludes Bangladeshi refugees of the Bangladesh Liberation War, the majority of whom are Muslims.

The NRC has granted some family members citizenship while omitting others, bringing into question the accuracy of the list and the thoroughness of the identification process. The Government of India has stated that the Registry is not final; although, many had already been detained and separated from their families even prior to the publication of this updated Registry.

Those that lose citizenship will be stripped of the right to legally own land, work and vote in India. It has been reported that Bangladesh will not accept deportees; therefore, many of those that are at risk will wind up stateless and could be held in detention camps in India.

The UN Refugee Agency is Working to End Statelessness

If these four million people are not granted legal status in any capacity, this would mark a step backward for The U.N. Refugee Agency since it aims to end statelessness by 2024. An additional four million stateless in India would represent a 40 percent increase in the number of stateless people in the world, according to Agency estimates.

There are still many intangibles to be considered before the Agency decides on a course of action. However, the formation of a sound, national, legal framework for asylum has long been needed, particularly in states like Assam. “The lack of a national refugee protections framework is an obstacle to providing effective refugee protection,” according to the Agency. Asylum legislation could be a vehicle of enfranchisement for those that otherwise would become stateless.

Previously, India had always respected The UNHCR’s mandates. Now, the Agency is considering performing refugee status determinations (RSDs) for those left off of the list as well as also looking to advocate for the individuals at risk by reaching out to civil society.

In the past, The UNHCR has looked to generate discussion and awareness about refugee issues among the common populous, Indian academics, the media, human rights organizations and other nongovernmental organizations. Changing the perceptions of and rhetoric around asylum seekers in India could prove to be the most vital intervention that the Agency could take.

The U.N. Refugee Agency relies heavily on the contributions of member states to carry out its functions. Further contributions will be needed to prevent statelessness in India and help the people of Assam and throughout the world find a stable and safe home. While the task ahead is daunting, The UNHCR has already helped an estimated 50 million refugees in the 65 years they have been operating. With the necessary resources and with the cooperation of the Indian government, their goal for 2024 is achievable.