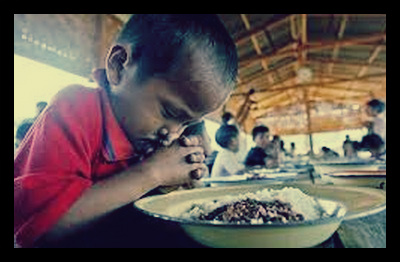 The updated 2013 population figures for refugee camps on the Thai-Burmese border show a decrease of 7.1 percent, according to The Border Consortium (TBC), an NGO that works with refugees and displaced people from Burma.

A majority of the departures from the camps, 7,649, consist of refugees leaving for  a third country under the UNHCR’s resettlement program, according to the Democratic Voice of Burma.

Sally Thompson, executive director of TBC states, “It is important to note that while there was a net population decrease, new refugees are continuing to arrive in the camps; there were 3,300 new asylum seekers arriving in 2013. In addition, 3,137 children were born in camps…”

Despite the decrease, it does not mean that any less food, shelter, services, health care and protection are needed. There are still 120,000 people living throughout these refugee camps that need protection and humanitarian assistance.

Data from TBC shows that out of the 4,389 people who left the camps to return to Burma, 70 percent of those departures only included one or two people from a household, while the rest of their household stayed in the camps.

In addition to worrying about what is going to happen to their families that are left in the camps, Myanmar refugees located in Fort Wayne, Indiana are worried that a change in U.S. policy will hurt efforts to reunite them with relatives living in the city. The Post-Tribune explains that Fort Wayne is home to more than 4,000 refugees from the area formerly known as Burma.

The major concern according to Minn Myint Nan Tin, the Burmese Advocacy Center leader,  is that the State Department has decided to stop accepting resettlement applications from Myanmar refugees living in the nine camps across Thailand. Refugees from Myanmar have been coming to Fort Wayne since 1993 to escape military rule in their homelands.

January 24 marked the end of applications since the State Department began issuing deadlines a year ago for refugees to decide whether or not they wanted to leave the Thai camps for the United States.

Christine Getzler Vaughn, State Department spokeswoman, explains that “The resettlement program will continue until we have completed the processing of every application received by the deadline for each camp, and we expect that to happen over the next two years.”

170 refugees will be relocated to Fort Wayne with approval of the State Department during the 2014 fiscal year.