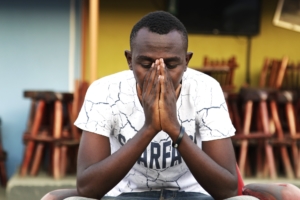 The refugee crisis in Uganda is due to its central location to several countries that have been in civil war in recent years. In fact, some have characterized Uganda as an underground railroad of differing proportions. Uganda has borders with South Sudan, which has been in a civil war since late December 2013, while Rwanda, which experienced one of the worst genocides in history in 1994, is still feeling the ripple effects among certain areas and individuals in the country. Meanwhile, violence has plagued the Democratic Republic of the Congo in certain eastern areas near Uganda’s border. Burundi and Somalia, though not bordering countries, are nearby and both have experienced civil wars and other conflicts in the recent millennium. Here are five facts about the refugee crisis in Uganda.

5 Facts About the Refugee Crisis in Uganda

While the influx of refugees to Uganda has been mostly due to conflicts in surrounding countries, it is also because of Ugandan generosity. In fact, the policies Uganda has instituted and the funds it has generated to support refugees indicate that Uganda does not believe they are a problem. Rather, it treats refugees as humans who have a want and need to cultivate, provide for their families and move around freely. Uganda also grants refugees government aid, similar to most of its citizens, through health care and educational opportunities.

While experts expect the refugee crisis in Uganda to continue, funding from The United Nations Refugee Agency as well as Uganda’s generosity should help the refugees substantially. Hopefully, the refugee numbers will start to reduce in the upcoming years. 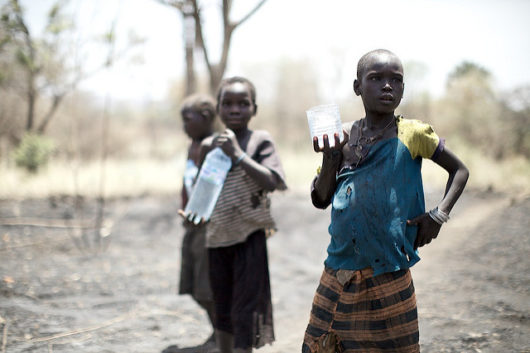 With a mass exodus from South Sudan, Uganda has become the largest refugee-host nation in Africa. Both 2017 and 2018 saw a significant influx of refugees into the country. Experts believe the number of refugees is only going to increase in the upcoming period.

As more and more refugees enter Uganda, its basic services and resources are continuously put under increased stress. Child refugees in Uganda have become a very significant issue facing the Ugandan government and international organizations. However, government and different organizations teamed up to initiate a long-term plan to help refugee and native-born children alike.

As of early 2018, there were over one million refugees from South Sudan and 300,000 from Burundi, the Democratic Republic of the Congo and other closely neighboring countries in Uganda. Out of these 1.3. million, its estimated that 61 percent are children.

Due to a shortage of aid workers, funding and supplies refugee children face severe consequences such as virus and disease outbreaks. The Ugandan Ministry of Health alongside the U.N. International Children’s Emergency Funds (UNICEF) were able to successfully stop a Marburg virus outbreak in refugee camps. Despite this achievement, there are growing concerns about measles, malaria and cholera.

Many child refugees in Uganda face little access to education. Only 35 percent of 5-year-olds entering primary schooling were enrolled in any sort of educational programs provided by nonprofit organizations or by the Ugandan government.

There is a high number of unaccompanied children that are often the most vulnerable with little to no support from adult-aged persons. These children can be easily forced into armed groups or sex slavery.

The Northern Region of Uganda is responsible for most of the refugees and has also experienced challenges for the local children. For instance, 24 percent of females older than 15 are illiterate, 17 percent of school-aged children are out of school, 53 out of 1000 children die before their fifth birthday and 21 percent of Ugandans live in poverty.

While the refugee crisis has proven to be a great challenge for Uganda, the country has chosen to commit its resources in order to protect and provide for the vulnerable population living alongside the local population. Three international organizations have begun long-term projects in order for the Ugandan government to reform the country and better care for refugees and native populations alike.

Save the Children is the largest global charity for children started in the United States. The nonprofit has worked alongside the U.N. in implementing their programs throughout Northern Uganda. As of 2017, Save the Children oversaw six refugee sites, an emergency health unit teamed up the Ugandan Ministry of Health and 30 child-friendly spaces and educational facilities. Moreover, additional programs extended beyond refugee camps to encompass local communities with the goal of increasing child protection, education and food and economic security.

According to their 2017 report, 66,114 children were given shelter, 89,790 were cared for in crisis situations, 312,790 were provided with medical and sanitation supplies, 20,169 were raised from malnutrition and 3,154 parents were supported to meet the basic needs of their children.

The United Nations High Commissioner for Refugees (UNHCR) has primarily focused its attention on identifying refugee populations and supporting unaccompanied children. Working in close collaboration with the Ugandan government, the agency’s largest biometric data in history was launched in 2017. The point of recording refugees and providing identification for them is to better plan and situate resources and responses. If aid groups know exactly where vulnerable populations are and what are their circumstances, then professionals will respond more effectively and efficiently. To this date, over one million refugees have been identified.

As children spill across the border without adult supervision, extra resources are needed for their protection. The UNHCR has created and built settlements where older children are the heads of the household and they are provided with shelter, protection, education and basic services. However, staff shortages have proven difficult to monitoring these children at all times.

With these results in mind, UNICEF has ambitious goals going forward. In 2018, the organization is expecting a final requested funding of more than $66 million. This funding will be focused on education, health, water and sanitation, nutrition, protection and HIV/AIDS.

Furthermore, the agency is beginning the planning of a long-term and collaborative program between nonprofits, the Ugandan government and international agencies. The basic provisions of the program include the dispersion of technological supplies and know-how, national educational and health strategies linked with refugees and the strengthening of emergency response teams. For example, m–Tac, a mobile app recently introduced to Uganda, allows agencies to send vital information to field teams during crises.

Humanitarian groups and the Ugandan government are launching some of the world’s largest refugee programs. The question of receiving refugees has long been about how to best protect them from harm and danger. The child refugees in Uganda certainly have a long path ahead of them, but they won’t have to walk on alone.