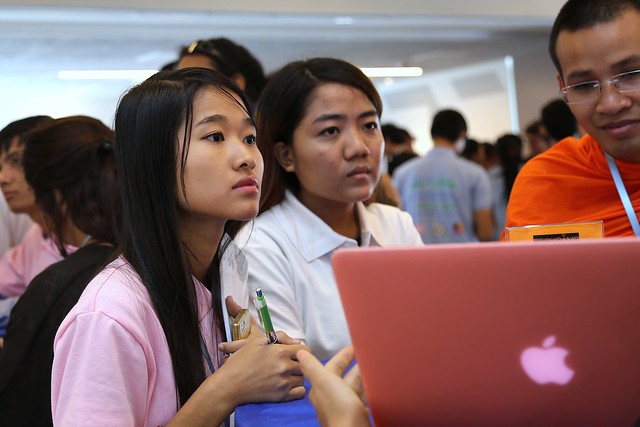 Vietnam sits at a crucial point as its economic development is currently facing difficulties with labor and capital forces that could hinder proper and sustainable development. Therefore, Vietnam must rely on a boost in productivity to successfully increase the country’s GDP growth. At this moment Vietnam’s science, technology and innovation system can provide numerous advantages in accomplishing its goal of building a sustainable economy. By taking proper advantage of its science and innovation, Vietnam could create numerous opportunities for its future.

While Vietnam has a long history of respected and reputable scientific research, particularly in agriculture and biology, its innovation system is only beginning to emerge. Vietnam has numerous advantages it can utilize in order to improve its science, technology and innovation (STI) system.

Geographically, Vietnam is one of the most dynamic regions in the world. Over the past 2 decades, Vietnam has seen strong economic development and a massive reduction in poverty rates. In 1993, the percentage of Vietnamese people in poverty was 58, but by 2011 the percentage had dropped to 12. Vietnam’s education system and educational efforts have also been largely successful. The education systems success is demonstrated by a 98 percent literacy rate in Vietnam.

Furthermore, since the nation becomes industrialized, it has seen an increase in exports of an eclectic variety. Previously exports have been predominantly in agriculture, which it has maintained. However, in 2009, its exports expanded to include electronic equipment (5 percent), jewelry (5 percent) and machinery (4 percent).

Vietnam’s current science, technology and innovation (STI) system contains several weaknesses. They include a lack of proper infrastructure, poor research and development in the business sector and weak STI government policies. Vietnam is also faced with several threats to its STI system such as a slowdown in economic growth in recent years, failure to prepare for international cooperation and failure to improve government and business institutions to deal with corruption.

To address these threats and weaknesses to innovation the World Bank has formulated a list of recommendations to serve as solutions to these problems. The list includes: