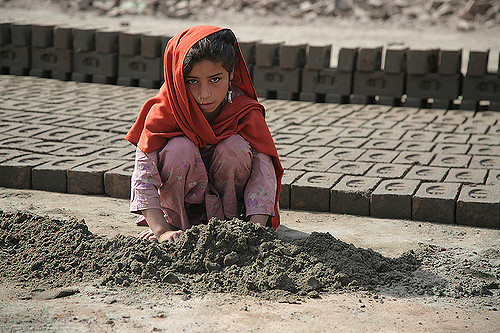 Child labor is defined as the employment of children who are under the legal working age. Currently, there are about 265 million children engaged in child labor around the world. While this is clearly not ideal, there has been a reduction in child labor across the globe, from 23 percent of children working in 2000 to close to 17 percent in 2012. Many countries whose laws once allowed for child labor now protect their children from such harsh conditions instead.

Where Countries Are Based on Levels of Income

In 18th and 19th century Ireland, children were routinely put to work because they could be paid less than what adult workers were paid, they could operate certain machines that adults could not and it was believed that they would grow up to be harder workers. In many cases, children aged 3 to 7 were outright kidnapped by organized trade rings and forced to do whatever work their masters wanted them to.

The Protection of Young Persons (Employment) Act of 1996 changed all of that. Under this law, Irish employers cannot make children younger than 16 work full time. Additionally, employers cannot hire anyone under age 14 at all. Children aged 14 to 15 can only do light work during school holiday periods, work in educational programs that are not harmful to their health or cultural enrichment jobs. On top of that, employees aged 18 or younger must receive a minimum of €6.69 per hour, which is 70 percent of the Irish adult minimum wage.

In Croatia, the legal minimum age for work is 15. From the ages of 15 to 18 years old, children can only work with written permission from their parents, and inspections must show that the labor does not interfere with the child’s health, morality or education. In addition, anyone caught dealing in child prostitution in any way will face a three to 10-month prison sentence.

These laws have not stopped all child labor in Croatia. Roma children are often forced to beg in the streets, and Croatia experiences the active trafficking of young girls for prostitution. That said, the 2006-2012 National Program for the Protection of the Best Interests of Children made great strides in the reduction in child labor, particularly prostitution.

Of Sudan’s 37.96 million children, 45,600 are currently subject to child labor. Not only are there no laws against child labor, but the government also encourages it by kidnapping children in rural areas during military raids. These children start working at age 5, so they miss out on their educations, which otherwise would be compulsory.

However, Sudan has made strides in decreasing the child labor rate, including signing a Partnership Protocol Agreement with the European Union in 2008 and inspecting working environments to keep children from working in toxic conditions. Unfortunately, little has been done to help rural areas. Families have to migrate to urban areas or to other countries to escape labor and let their children get an education. Although, escape from Sudan is illegal and far from easy, it is still possible.

The child labor rate in Niger is 42.8 percent. The jobs that young children are made to perform include agriculture, mining, caste-based servitude and forced begging. The government has set up a number of programs to reduce child labor, including Centers for Education, Legal, and Preventative Service; The Project to Reduce Child Labor in Agriculture; and The World Bank Country Program. However, these programs have made only moderate advances in stopping child labor.

Child labor continues to be a problem in the world today. Poor and corrupt countries are quick to put children to work because the children do not require high wages. However, laws and legislation all over the world have resulted in a global reduction in child labor. It has not stopped child labor altogether, but a little progress is better than none at all. The fight to end child labor continues.