Tag Archive for: Reducing Poverty One Acre at a Time 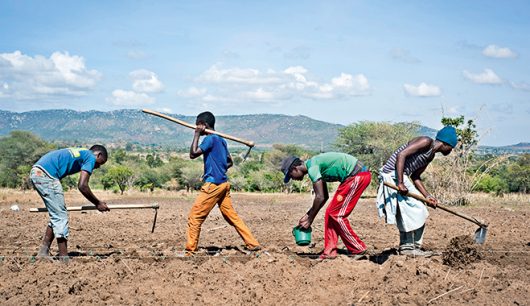 Andrew Youn is a 2006 Kellogg Business School graduate who is been helping farmers in rural east Africa to grow out of hunger and extreme poverty for more than a decade. His organization, One Acre Fund, supported 305,000 families in 2015 alone in doubling, tripling, and quadrupling their crop production. Andrew is committed to reducing poverty one acre at a time, and his work in Africa demonstrates this dedication.

The One Acre Fund

In 2006, One Acre Fund began its work in Africa in Kenya with an initial batch of 38 farmers, most of whom were women; today, the organization’s reach has expanded its operations to many countries including Rwanda, Malawi, Tanzania, Uganda and Burundi.

The organization provides skill training, loans, crop insurance, material like fertilizer and hybrid seeds to small-scale farmers who typically have one acre of land or less. Undoubtedly, reducing poverty one acre at a time is a challenging mission but this group appears up to the challenge.

A Group’s Dedication to Poverty Eradication

Similar to Clint Borgen and The Borgen Project, Youn and his organization believe that with willingness and commitment, extreme poverty can be eliminated in our lifetime. In a recent TED talk, the One Acre Fund’s founder speaks about “three levers” that make this seemingly formidable task, achievable.

Youn goes on to explain the model he’s using for reducing poverty one acre at a time. His organization utilizes field officers to deploy hybrid seeds and tools to small-scale farmers in rural areas. This course of action allows farmers to pay for their resources in flexible installments, which comes to then cover most of the operational costs.

The organization also utilizes field officers to impart hands-on training on how to apply modern farming practices such as micro-dosage fertilizer and seed spacing throughout the season. As a result, farmers have reported an increase in crop production by up to 500 percent in the past.

Combatting Poverty One Acre at a Time

One Acre employs an army of 2,000 field officers who served 400,000 families last year; currently, the company aims to triple in size over the next four years. In recognition of his efforts towards reducing poverty, Youn received the prestigious Skoll Award for Social Entrepreneurship in 2010.

In addition, Forbes magazine listed Andrew Youn in the prestigious Impact 30 in 2011 — a highly selective list of 30 of the world’s top entrepreneurs who use business to solve social issues. With his current trajectory, Youn and his organization will most surely continue to take poverty reduction one acre, and country, at a time.