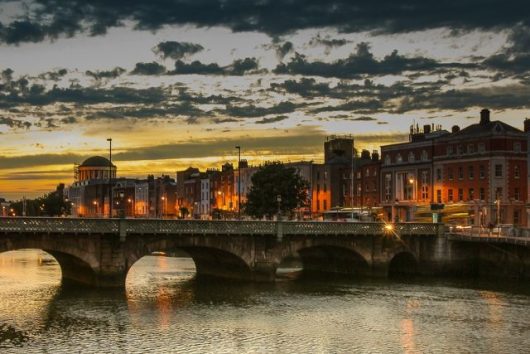 The poverty rate in Ireland has been increasing since the recession in 2008. Along with poor health and economic inequalities, unemployment has been a huge factor contributing to poverty in Ireland.

Top 10 Facts About Poverty in Ireland

The poverty rates in Ireland have increased despite the some of the progress in the economy. The main reasons seen in the top 10 facts about poverty in Ireland can be solved by new government policies. Organizations like Social Justice Ireland are doing their best to help bring awareness of these policies to the government and the U.N. to build a better future for Ireland. 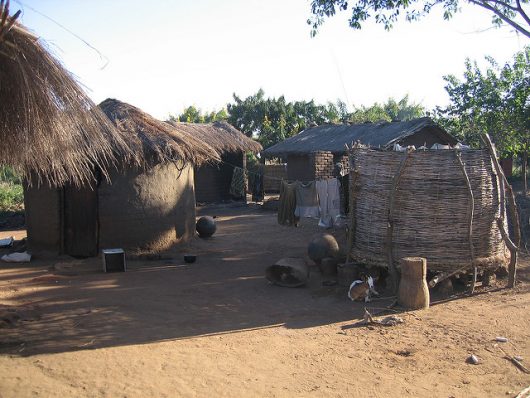 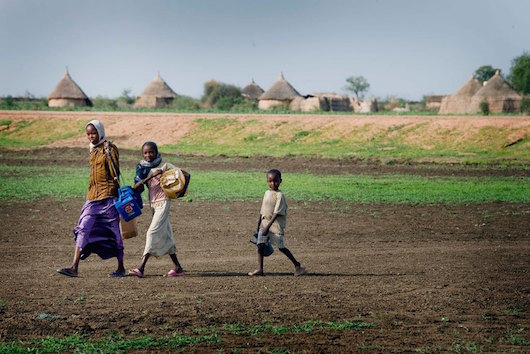 On December 5, officials from 195 different countries agreed on a proposal to reduce global carbon emissions in an effort to reduce climate change and poverty worldwide. The United Nations Framework Convention on Climate Change (UNFCCC) has released the drafted agreement that addresses issues relating to reducing climate change and poverty such as food security, deforestation and cutting greenhouse gas emissions. There are three global goals listed in the draft agreement, the first being to “maintain global average temperatures short of a two degrees Celsius increase over pre-industrial global temperatures.”

According to the National Centers for Environment Information (NOAA), every state in the U.S. had above-average fall temperatures during September and November of last year. The average global temperature during the month of October was the highest ever recorded.

The second goal of the climate change draft proposes increasing a nation’s ability to adapt to resulting climate change and respond effectively. The United Nations Environment Programme (UNEP) warns that climate change is a threat to economic growth in Africa and other parts of the developing world.

A World Bank report finds that globally, poor people are at high risk for climate-related disasters, so it is important for communities to develop early warning systems. Being prepared for a catastrophe, like flooding or crop damage due to heat, can save resources and help to counter the effects of climate change on the economy.

According to the World Bank, climate change can put 100 million more people into poverty by the year 2030. John Roome, Senior Director for Climate Change at the World Bank Group, recognizes the importance of creating sustainable development strategies to reduce climate change and poverty.

He states, “We have the ability to end extreme poverty even in the face of climate change, but to succeed, climate considerations will need to be integrated into development work. And we will need to act fast, because as climate impacts increase, so will the difficulty and cost of eradicating poverty.” 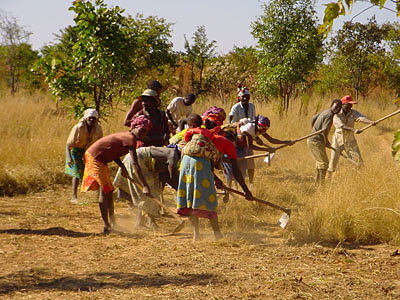 This past week, the Director General of the United Nations Food and Agriculture Organization (FAO) discussed Angolan anti-poverty goals. Specifically, Director General José Graziano de Silva stated that the Angolan government is prioritizing the reduction of the country’s poverty rate by one half.

The Brazilian diplomat went on to remind his audience of the extreme conflict situations that Angola has faced in the past. He stressed that the country had all of its farming fields contaminated by landmines, but ended on a positive note, stating that the country is now recovering extraordinarily.

He made it clear that he wants Angola to serve as an example for other countries. For African countries still facing similar conflicts, the FAO is doing all that it can to spread the word of Angola’s experience.

For Angola specifically, the FAO has pledged its willingness to provide help and cooperation in fields such as agriculture, rural development, forests, fisheries and all other necessary focus areas. The hope is that, with time, these types of assistance will be provided across the entire continent.

Deputy Permanent Representative of Angola to the U.N. Agencies in Rome, Carlos Amaral, echoed the FAO Director General’s enthusiasm and determination. When asked about the situation of poverty rates and hunger in Angola, he boasted of the country’s recent accomplishments.

Amaral revealed to his audience that, although in the past the country hosted 6.8 million undernourished people, current records show only 3.2 million people suffering from malnourishment. He stated, “There is still work to be done regarding poverty reduction, but anyways there are indications that Angola is on the right track.”

Along with Angola, African countries like Ethiopia, Ghana, Rwanda and Uganda have been making notable strides in poverty reduction. They all share the same strategy: making a commitment to their own agricultural development.

For low-income farmers, lack of access to the capital required to help adapt their outputs to market demands presents a major issue. The protection of certain resources, such as access to proper land, water and human resources, could potentially allow all of Africa to achieve a sustainable food security system.

Continued urbanization amidst a growing population will create continued agricultural growth in Africa. Between 2000 and 2010, Africa’s agricultural GDP grew 3.2% each year. This was an increase from the previous decade, in which it grew by only 3% annually.

This moderate growth in the agricultural sector has helped to greatly reduce poverty levels in many African countries. With the FAO’s pledge to increase efforts in providing access to agricultural resources, Africa can now look ahead to an even brighter future.

Existing programs that target the agricultural sector, such as the Comprehensive Africa Agriculture Development Programme and the African Green Revolution, have already gotten the ball rolling.

With a continued broad emphasis on agricultural development and improved focus in areas like protecting resources, creating wealth, and defining strategy and investment, Africa could redefine itself as a continent. It could shift from a continent known for poverty and scarcity to one filled with abounding agricultural potential. 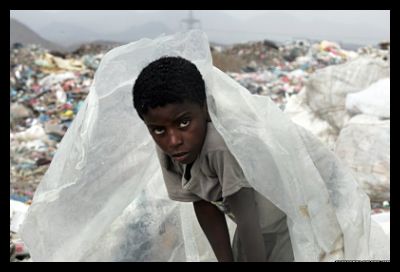 Judy Woodruff of the PBS News Hour sat down with United Nations Secretary General, Ban Ki-moon of South Korea. The Secretary General spoke with Woodruff about violent extremism and conflict around the globe, and explained how helping the marginalized could potentially reduce conflict and global poverty.

Violent extremism is perhaps the greatest present threat to world stability because terrorism has no borders; it is a global crisis. There is no definitive solution to violent extremism, which has recently caused thousands to move from their homes and even cost them their lives.

Conflict and global poverty are connected, and the more people are marginalized, the farther conflict will spread. People become marginalized when they are pushed to the edge of society instead of finding a place within it. An EQ Review article states that “some [people] can become skeptical, embittered or violent, and they often model and raise children to think and act similarly.” Violence and conflict become a way of life and a solution to unstable societies and difficult upbringings. The desperation for a “better” life pushes people to drastic measures, increasing marginalization, poverty and violent extremism.

According to an EQ Review article, “political and social turmoil in [many regions] has resulted in the abduction and recruitment of young soldiers, extensive socio-economic and cultural upheaval, and extreme poverty.” The Borgen Project notes “that investments, non-military tools of development, and diplomacy…strengthen our allies and fights the spread of poverty, disease, terrorism and weapons of mass destruction.” Halting the spread of conflict is vital in a new era of technology and transnational terrorism.

But there is hope. By educating the youth of impoverished nations, security and opportunities are both created. Ban Ki-moon states in the interview that the United Nations is doing everything it can to find a solution that will affect global politics as well as global poverty. 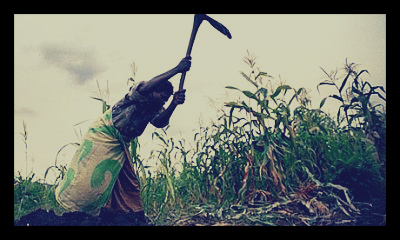 It is estimated that over 277 million people across the continent of Africa obtain their livelihoods through agriculture. Many of these people are located in Malawi, Mozambique, and Zambia. In fact, agriculture is a large component of the economies in these three countries. Improving food and farm productivity in these three countries could help in the fight against poverty. Agricultural productivity has been found to be a critical component in eradicating poverty because it creates food security and helps to protect the environment.

Recently, the World Bank Board of Executive Directors has approved an International Development Association credit of $89.4 million to aid in food and farm productivity in Malawi, Mozambique and Zambia. The credit will go towards the creation of Regional Centers of Leadership for food staples, such as rice and maize, help spread technological advancements, such as mobile phones, as well as will help boost agricultural research capacity and help spread technological advancements, such as mobile phones and help train farmers and provide agricultural knowledge. At least 30 percent of farmers chosen to receive aid or benefit from the aid are women.

Michael Morris and Melissa Brown, World Bank Co-Task Team Leaders, said, “The agricultural sector has a strong influence on growth, employment, food security and poverty reduction efforts benefiting the entire economy…successful implementation of this innovative project that takes a farmer-centric approach to development and dissemination of improved crop varieties and promising farm practices” will be beneficial to a multitude of people and help in the fight against poverty.