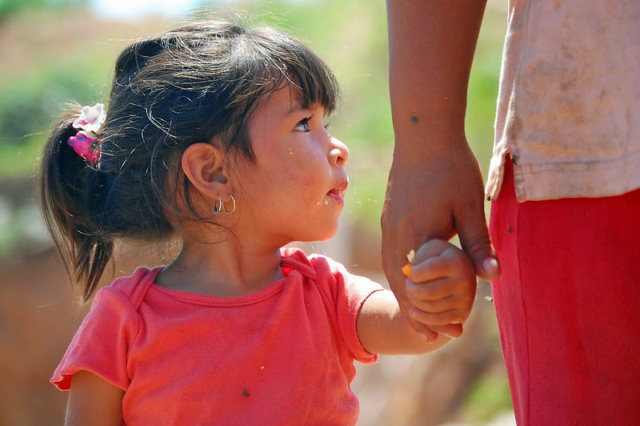 In an effort to stem migration, the Biden administration has unveiled a plan to reduce poverty in Central America. The administration hopes that improving the quality of life in places where people are likely to emigrate from will cause fewer people to make the dangerous journey to the U.S. border. In May 2021, Vice President Harris called on the private sector to increase investment in the Northern Triangle to bolster the United States’ efforts to develop the region and address the root causes of migration to the U.S.

Plans to Improve the Economy

In a public statement, the White House referred to the economic development initiative for the Northern Triangle as a call to action. The U.S. government hopes to bolster economic growth in the Northern Triangle region of Central America. Northern Triangle countries consist of Guatemala, El Salvador and Honduras. The aim of this directive is to implement sustainable action that will stem the mass migration of asylum seekers and ease the ensuing border crises between the U.S. and Mexico. The call to action involves six key areas.

6 Focal Areas of Development in the Northern Triangle

The aim of the initiative is to reduce the need to emigrate by equalizing living standards between neighboring nations of varying economic status. This supports the broader goal of creating international stability with efforts to reduce poverty in Central America. The U.S. government believes partnering with the private sector will make the plan of action a reality. So far, 12 companies and organizations have committed to the goal of developing the Northern Triangle.

Technology companies such as Microsoft will provide broader internet and digital communication systems to the Northern Triangle and teach people the digital skills needed to thrive in a digital world. Furthermore, the language learning app, Duolingo, hopes to bolster literacy rates, help people learn English and provide wider access to quality education. Beyond this, international financial institutions such as Mastercard will allow for financial inclusion by giving people the financial and digital skills and services needed to reduce the digital divide and combat poverty.

The Focus on Security

A major obstacle to the plan is how to allocate such loans and funds. Part of this wider initiative of economic recovery includes cracking down on political corruption and increasing transparency and international regulation. Vice President Kamala Harris traveled to Mexico and Guatemala in early June 2021 as a gesture of the beginning of a diplomatic response to the migration crisis. Her discussions mainly focused on issues regarding food security, border security and economic security. Harris emphasizes that women and the youth are priorities in the action plan as they are most vulnerable.

Along with economic rejuvenation efforts, the U.S. hopes to bring its own border security expertise to other nations. This will create an extended security buffer between migrants and the U.S. border. Additionally, the Biden administration wishes to broaden legal pathways toward migration and asylum to offer alternative options to illegal migration.

The Allocation of Funds

In April 2021, the U.S. pledged more than $300 million worth of aid to Central America in order to stem the migration crisis. Almost half of the funds have been allocated toward food security and COVID-19 recovery efforts. The rest of the financial assistance will help in the areas of “health, education and disaster relief services” and aid refugees and asylum seekers.

The division of funds reflects the priorities of the strategy in order to reduce poverty and increase security in the Northern Triangle. According to the World Food Programme, the number of people facing food insecurity in the Northern Triangle increased to 7.8 million in 2021. The cause of this increase correlates directly to hurricanes and the economic crisis caused by the pandemic. Therefore, the development of Northern Triangle economies will reduce poverty in Central America and decrease migration to the U.S.