Tag Archive for: Reduce Funding for the World Bank 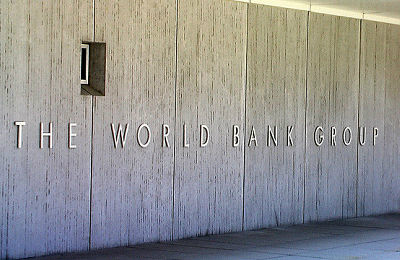 President Donald Trump has proposed to reduce funding for the World Bank and other multilateral development banks (MDBs) by around $650 million over three years. The White House has stated that, in doing so, “the U.S. would retain its current status as a top donor while saving taxpayer dollars.”

The World Bank is one of two global MDBs. MDBs are supranational in nature, which means they do not face transnational limits, but shareholding foreign states do organize them. These organizations exist to support economic and social development in developing nations, largely in the form of grants and loans. They also exercise more direct involvements such as policy advice and conference participation.

As a global MDB, the World Bank’s programs are wide-reaching. One example of this is a proposal for additional funding for the Sustainable and Rural Water and Sanitation Project in Ghana. Approved on June 28, 2017, with a budget of $47.5 million dollars, the program aims to bring reliable access to water and sanitation services to rural towns across the country. New programs for over 100 countries are approved almost every day and are visible on the World Bank’s website.

The rationale for the funding reduction proposal places more value on preserving the U.S.’s status as a top donor than the work done on the ground as part of the World Bank’s programs. The Sustainable and Rural Water and Sanitation Project is not a donation, but an attempt to create sustainable sanitation services that can serve the people of Ghana for years to come. A smaller World Bank budget won’t just mean less money—it will result in a lack of human support that is necessary for the development of sustainable infrastructure in developing countries. At the moment, the U.S. is not even considered a top donor, ranking 20th on a list of donating governments in 2015.

Fortunately, there are several new and influential MDBs backed by non-Western nations that will likely continue to flourish even if the U.S. reduces funding for the World Bank. One of these is the Asian Infrastructure Investment Bank (AIIB), which began in January 2016. The China-backed bank began nine large-scale development projects in 2016 throughout South and Southeast Asia and exceeded its lending goal. Contrary to what some expected, the bank’s programs have not been used to advance Chinese interests, as some Chinese investments in African countries have in the past. The early success of AIIB follows the upward trajectory of non-Western nations such as China, India and South Africa in the field of international aid.