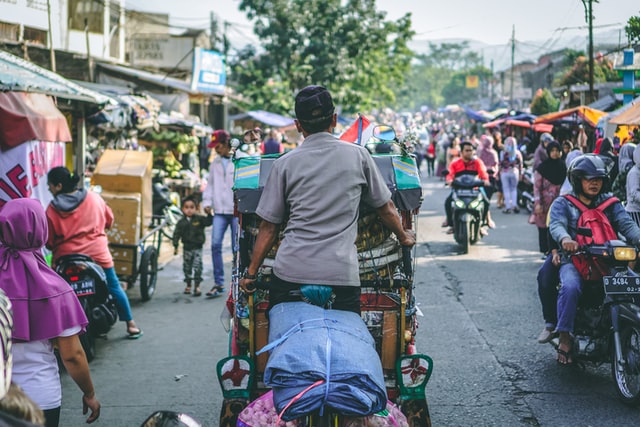 Indonesia is currently a major COVID-19 hotspot. In light of the Delta variant’s arrival, Indonesia’s total number of coronavirus cases significantly increased in June 2021 and continued to grow in July 2021. The outbreak is one of the worst in the region. As a result of the outbreak, oxygen is in short supply in Indonesia. With many Indonesian hospitals at full capacity, it is difficult for Indonesia’s COVID-19 patients to access adequate medical treatment, including oxygen. The provinces of Java and Bali are particularly impacted by the Indonesian oxygen crisis.

The Indonesian Government’s Response to the Oxygen Shortage

The Indonesian oxygen crisis is causing oxygen prices to rise due to scarcity. With oxygen cylinders now costing approximately $120, oxygen is becoming inaccessible for people with low incomes. As coronavirus cases increase, the discrepancy between the number of oxygen tanks available and the oxygen tanks needed is growing.

The Indonesian national government sought to alleviate the oxygen crisis by seeking foreign aid. The Indonesian government requested aid from many countries to help with the oxygen shortage, which it received. The government also instructed oxygen producers to prioritize making medical oxygen and extended emergency COVID-19 procedures to mitigate the spread of COVID-19.

Local officials are also working to minimize the shortage by preventing unnecessary oxygen acquisition. Seeking to prevent panicked stockpiling, officials in Jakarta asked residents not to hoard oxygen in order to prevent civilians from exacerbating the crisis by preemptively buying oxygen and artificially increasing the demand for oxygen.

Organizations and Businesses Step in

Private initiatives are also helping combat the Indonesian oxygen crisis. Action Our Indonesia Movement (GITA) is a volunteer-run group in Indonesia working to provide oxygen at a lower cost than hospitals. The organization allows Indonesians in need of oxygen to rent cylinders at a lower cost than what hospitals can provide. GITA owns 400 oxygen cylinders that it received through donations. Its work does not solve the problem of the shortage of oxygen to fill cylinders with, but it does help make oxygen accessible to Indonesians of all income levels.

Indonesian businesses are contributing to oxygen relief efforts in a variety of ways. Ranging from oxygen donations to assistance with oxygen transportation logistics, Indonesian companies and state-owned enterprises are providing vital relief during the Indonesian oxygen crisis.

Responses From Outside of Indonesia

Governments and organizations across the world are working to help resolve the Indonesian oxygen crisis. Several governments responded to Indonesia’s request for oxygen support, including the United Arab Emirates, Singapore and the United States. The aid came in the form of much-needed medical supplies, including medical oxygen.

Corporations are donating to relief efforts in Indonesia. Google made a $1 million donation to the International Federation of Red Cross and Red Crescent Societies in Indonesia for COVID-19 relief efforts. Singapore-based companies, such as DBS Bank, Singtel and CapitaLand Hope Foundation, provided the Indonesian state with oxygen concentrators.

Nonstate actors are also providing vital support to Indonesia. UNICEF sent medical oxygen as well as vaccines to Indonesia to mitigate the current crisis and prevent it from worsening. The Red Cross is assisting with oxygen distribution efforts in Indonesia.

These collective efforts will ensure that the nation can overcome the Indonesian oxygen crisis, providing an inspiring example of a united international community amid a global health pandemic.