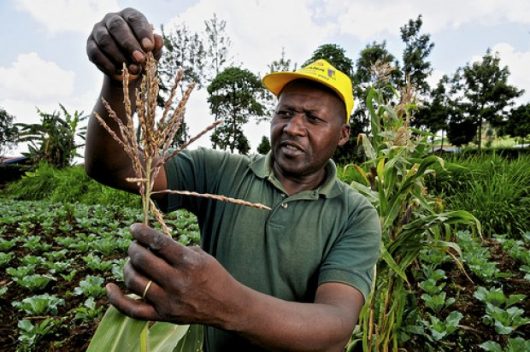 For farmers living in East Africa, an extreme weather pattern is all it takes to put you out of business. The prospect of losing one’s livelihood became a real threat to many farmers in Kenya, Malawi and Zambia as the El Niño climate pattern brought heavy rains and floods to the region in 2015. After disaster struck, many farmers and their surrounding communities were able to quickly rebound thanks to a practice known as “recovery lending” which VisionFund, a branch of World Vision International, used to provide relief in the region.

Recovery lending is a microfinancing practice used to provide small loans to people after a disaster has wiped out their business. The program aims to defy traditional microfinancing practices, which view loans to disaster-stricken communities as high-risk and unlikely to be paid back. While this has the effect of preventing people from becoming more indebted, it also prevents money from coming into communities when they are in need of funds to rebuild.

In 2013, VisionFund first experimented to see if recovery lending could help poor communities after the Philippines was struck by Typhoon Haiyan. The organization provided more than 4,800 loans and found that 8 weeks after the typhoon, less than 5 percemt of clients felt like they would be unable to pay off their loans. 20 months after the disaster, 96 percent of clients reported that the loans had supported their recovery and just 3 percent reported challenges in paying off their loans. Because of these successes, VisionFund expanded the use of recovery lending to Kenya, Malawi, Zambia and Ecuador.

VisionFund’s Global Insurance Director Stewart McCulloch believes recovery lending can be a powerful tool when used in conjunction with direct foreign aid and other forms of disaster relief. “We have seen the benefits provided by aid and recovery lending working together,” says McCulloch. “Aid supports people at their most vulnerable, whilst the recovery lending stimulates productive economic activity. The continued provision of financial services to vulnerable communities is important to their ability to be economically sustainable and to build in resilience to future shocks.”

So far, the experiences of VisionFund have shown that recovery lending helps poor communities in developing countries. Hopefully, its continued use will prove its efficacy as a tool to help communities come back from disaster.