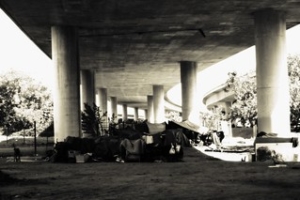 On Tuesday, the DOW-Jones closed at a record high of 14,164.53. This broke the previously-set 2007 record and is being seen by many as a sign of American resurgence and recovery from the fiscal disaster of 2008-09. While the record high DOW is an optimistic sign, American household income is still lower than it was before the financial crisis. Such trends are drawing more attention to the issue of income and wealth disparity in the United States and abroad.

The story that these statistics tell is one of a huge gap, indicating a disparity in income, wealth, and expectations regarding the economy. Wealth disparity between the very rich and the working poor has grown larger. While there are other positive signs for the US economy, such as a decline in the average amount of debt, the gap in income may lead to a government structure that caters more to the wealthiest Americans instead of to the interest of Americans in all income groups.

Understanding our current situation may help us understand the unbelievable difference in income around the developing world and help us shrink those gaps by supporting efforts to strengthen industry and provide more opportunities for those at the bottom of the economic ladder to escape poverty.