Tag Archive for: Reconstruction in Haiti 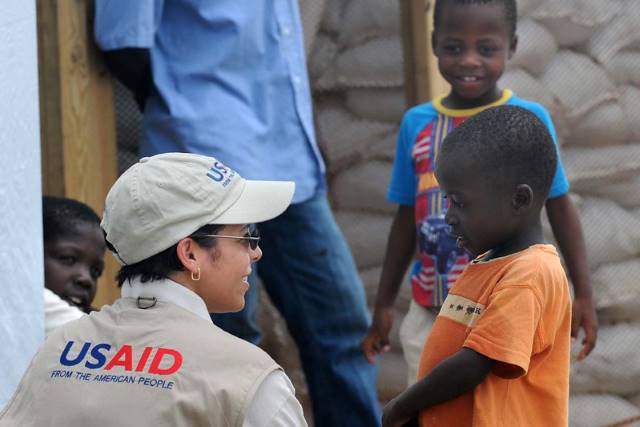 Haiti is a country in the Caribbean with a population of 11.2 million. In 2010, more than 200,000 Haitians died in a 7.0 magnitude earthquake that also destroyed much of the country’s properties and infrastructure. Destruction from the earthquake has since been compounded by other natural disasters, unrest and disease outbreaks. The United States allocated USAID funding for reconstruction in Haiti back when the crisis first developed. In April 2021, a new report by the Government Accountability Office (GAO) examines how effective this aid was in helping Haiti recover. The report analyzes $2.3 billion of aid over the course of 10 years. The chairman of the House Foreign Affairs Committee, Rep. Gregory Meeks, believes that this report will help identify which U.S. development projects best help Haitian people. In turn, this report has the potential to shape how U.S. aid in Haiti changes going forward.

Overview of Past Aid

The GAO found that USAID dispersed 89% of the total allocated aid to Haiti, with a canceled project to build a new port accounting for much of the remaining portion. In addition to operating expenses, the funding spent on Haiti fell into several categories. Health and disabilities as well as economic and food security made up the majority of spending at a combined 60%. Cholera outbreaks and droughts made these two sectors a high priority for funding. However, the aid that helped Haiti recover from cholera and food insecurity means a smaller portion of USAID funding focused on the physical infrastructure needed for reconstruction in Haiti.

The U.S. Government continues to allocate aid in support of Haiti. Three months before the GAO  published the April 2021 report, the  United States announced additional developmental assistance aid to Haiti worth almost $76 million. U.S. ambassador to Haiti, Michele Sison, commended the work USAID has done so far in advancing health, education, food security and Haiti’s economy. Future projects through the most recently allocated aid will attempt to further progress.

In April 2020, the U.S. committed $16.1 million to exclusively address the COVID-19 outbreak in Haiti. Due to the urgent nature of crisis outbreaks in Haiti, the U.S. Government developed a rapid aid response for the country’s most pressing needs.

Other development agencies also responded directly to the relief required as a result of the earthquake. The World Bank responded to Haiti’s crisis by forming the Infrastructure and Institutions Emergency Recovery Project. This gave special attention to rebuilding vital institutions and infrastructure as part of reconstruction in Haiti. The overall aim was to benefit long-term recovery. These reconstruction activities helped more than 1.1 million Haitians as of May 2019. While the $11.3 billion required to reconstruct the damage from the earthquake far eclipses USAID funding for Haitian aid, the United States can more effectively impact this process by shifting the focus of aid.

More than 10 years ago, the country of Haiti experienced a devastating earthquake and USAID formed an aid relationship to assist in the country’s recovery. Since then, the U.S. Government involved itself heavily in improving Haiti’s dire needs when new crises emerge. Through the efforts of the United States and other fundamental organizations, significant progress has been made with regard to reconstruction in Haiti. Further efforts will build the foundation for more long-term recovery.