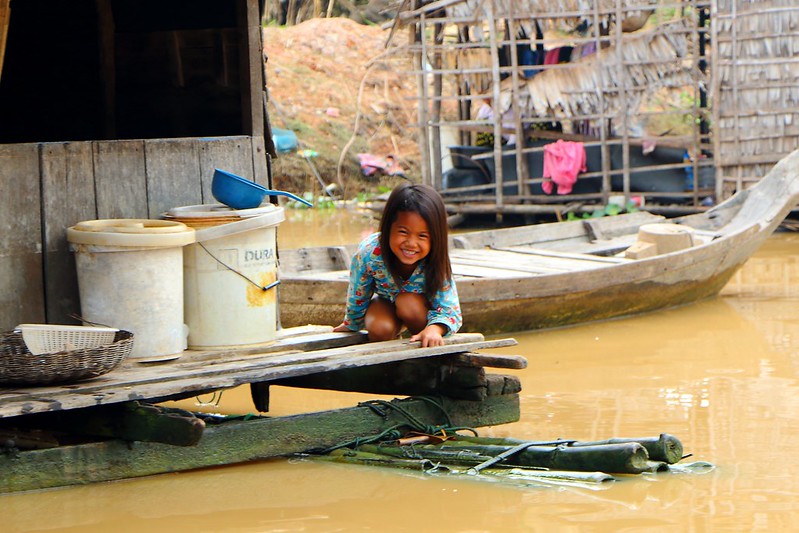 In August 2019, Nuon Chea, one of the leaders responsible for the Khmer Rouge genocide in Cambodia, passed away at the age of 93. His death resurfaced reports of the atrocities experienced in Cambodia between 1975-79, under the rule of the infamous dictator Pol Pot. Yet, Nuon Chea did not undergo prosecution for his crimes until 2018 – 40 years after he committed them.

Due to its scale and recency, one cannot write off the Khmer Rouge as an atrocity of the past. The pursuit of peace and justice for more than 2 million victims of the Khmer Rouge continues today. Friends of Responsibility to Protect (R2P) in Cambodia is a group that has continued to push for peace in post-Khmer Rouge Cambodia despite the fact that the government, much of the population and the international community that wants to forget.

A Community Frozen in Time

In the Anlong Veng region of Cambodia, which housed regime leaders as late as 1998, many still venerate Pol Pot, Nuon Chea and other mass murderers as national heroes. The regime may have fallen 40 years ago, but families who enforced the regime’s brutality on their fellow Cambodians are still unaware of their wrongful actions. Some citizens simply have misinformation or claim to have supported the regime for the promise of security after decades of poverty. Other families followed strict orders on death threats and see themselves as victims despite committing genocide.

Understanding the perspective of those who support the regime is key to longterm peace. R2P member Pou Sovachana advocates for knowledge of the ex-cadre perspectives to yield reconciliation in post-Khmer Rouge Cambodia.

Friends of R2P’s Dr. Bradley Murg, a political scientist and senior research fellow at the Cambodia Institute for Cooperation and Peace (CICP), emphasized in an interview with The Borgen Project the need to break Anlong Veng members out of their bubble. For decades, “governments have left them to their own devices, afraid to open that box” of reconciliation, Dr. Murg shared. Most were “isolated and genuinely believe that their side was right.” Scarred from the Khmer Rouge’s inadequate leadership and raised with educational “curriculum centered on hatred, anger and revenge,” ex-cadre members need therapy, not prison.

Besides working with ex-members of the Khmer Rouge, Friends of Responsibility to Protect is working to promote justice among Cambodians. Unable to understand their past, many Cambodians live in denial of their history. The Khmer Rouge history museum in Cambodia’s capital city is visited almost exclusively by tourists and not by Cambodian nationals, Dr. Murg noted.

The genocide directly impacted the nation’s population over the age of 40, many of whom still struggle with untreated PTSD. Parents began to raise their children in the shadow of atrocity without an explanation. Ultimately, continued ignorance is detrimental to Cambodia. Both Dr. Murg and his colleague, Professor Sovachana Pou, who works at the CICP and is a Khmer Rouge survivor himself, agree that work is still necessary to help the Cambodian population heal from the past. This is why R2P promotes education and acknowledgment about the atrocities among the younger generation. Its work includes field trips with students to Anlong Veng and stories of ex-Khmer Rouge perpetrators in local newspapers in an effort to encourage mutual understanding.

People must recognize Friends of R2P’s work for reconciliation in post-Khmer Rouge Cambodia in the context of delayed criminal justice. Dr. Murg explained how, due to the political dynamics of the U.S. and Cambodia, many of the Khmer Rouge leaders did not receive charges for their crimes. The sentencing of Nuon Chea by a U.N. court in 2018 – 40 years after the crimes – exemplifies the uneven justice delivered to the Khmer Rouge perpetrators. Even the head of the Khmer Rouge regime, Pol Pot, never received a sentence and died of natural causes in his home in 1998.

In an effort to fix its past mistakes, Cambodia established a court in the first part of the 21st century to bring justice to the leaders of the Khmer Rouge. Pou reminded The Borgen Project that legal justice is only the first step to the real justice that needs to be felt in the hearts of Cambodians. The peace between mainstream Cambodians and ex-Khmer Rouge members, like those living in Anlong Veng, is the next step in the journey to justice. This is why the Anlong Veng Peace Center and Friends of R2P are promoting education, historic preservation and communication between ex-Khmer Rouge members and the families of victims.

While 2019 marks the 40-year anniversary of the Khmer Rouge’s fall from power, reconciliation in post-Khmer Rouge Cambodia continues. What is most hopeful, however, is the willingness for reconciliation among Khmer Rouge victims. People, like Sovachana Pou, who narrowly escaped Cambodia and saw the deaths of their family have offered forgiveness for the sake of rebuilding Cambodia. The key is to recognize that there are victims on both sides of the Khmer Rouge. Friends of Responsibility to Protect’s work is beautifully acknowledging the stories of all Cambodians to rebuild social trust.