Tag Archive for: Reclaim the City 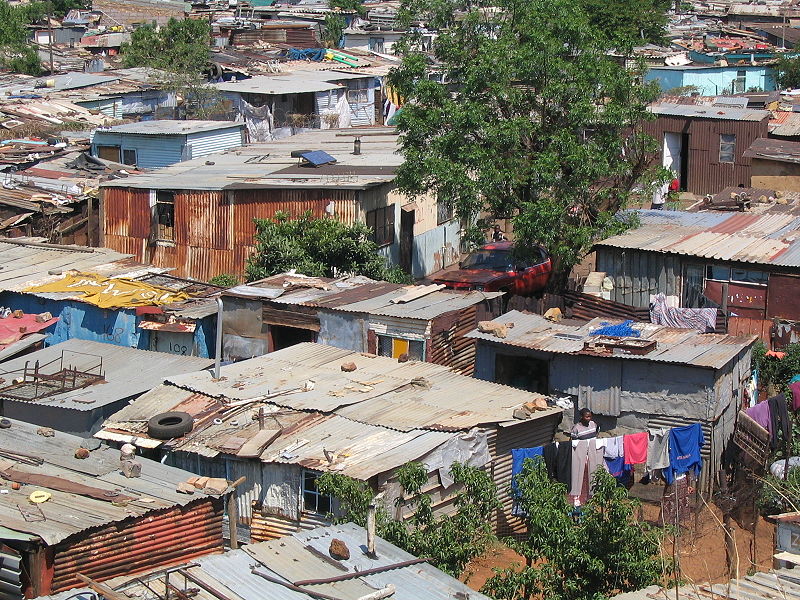 Despite the institution of racially inclusive democracy, inequality in South Africa persists decades after the end of apartheid. According to a 2018 report by The World Bank, South Africa is one of the most economically unequal countries in the world. Inequality has gone up since the end of Apartheid in 1994 and remains high.

Poverty is high for a middle-income country and is a particular problem for black South Africans, the uneducated, the unemployed, female-led households, large families and children. Poverty also has a significant geographic indicator, a relic of the apartheid era. Poverty runs high in regions that people oppressed during apartheid, particularly the homelands, land set aside for black South Africans. Although the likelihood of living in poverty depends, to some extent, on race and gender, research indicates that skills and labor market factors play a significant role, which indicates that public policy has the potential to reduce poverty.

Inequality in South Africa continues to connect to land rights even after the end of official segregation. Many black South Africans live in slums, which numbered 300 in 1994 but 2,700 in 2019. These underfunded living quarters stem from the 1960s when the apartheid region uprooted many black residents from their homes and sent them to live in isolated townships. The forced relocations meant many had to spend the bulk of their income on transportation and had to go to underfunded schools which did little to prepare students for the job market, contributing to the cycle of poverty.

Most relocated families have never been able to return home even after the end of apartheid, as prohibitively high costs keep them out of the big cities and in impoverished outskirts. Many have to commute from the outskirts of the town to jobs in the city; the commute can cost $3 a day out of an average wage of $10 a day for a service worker. Sending a child to a school in the city to avoid the poorly performing township schools also incurs costs.

Many tracts of public land lay empty, presenting opportunities for building housing. Reclaim the City has been working to stop the privatization of empty government land. It has moved over 1,000 people into abandoned government property such as hospitals, utilizing a law that says people cannot evict citizens if they lack a better alternative. Additionally, groups like the Social Justice Coalition are working to improve informal settlements where people already live by building amenities and securing formal occupation rights.

Additionally, the South African government has taken steps to reduce inequality with the implementation of the National Development Plan 2030 (NDP). The NDP seeks to end poverty within the country by 2030. The policy focuses on “drawing on the energies of its people, growing an inclusive economy, building capabilities, enhancing the capacity of the state, and promoting leadership and partnerships throughout society,” according to the National Planning Commission’s NDP Executive Summary.