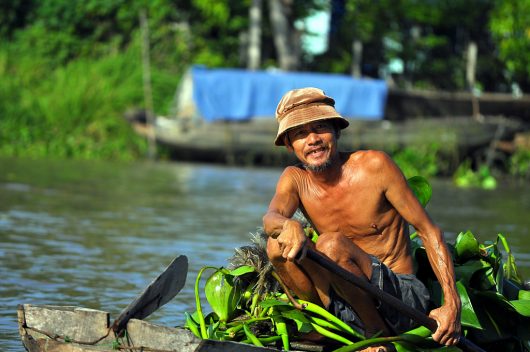 Laos is a poor communist country — the result of a complicated history. Since declaring sovereignty in 1954 American contributions poignantly shape Laos’s physical landscape, albeit initially with bombs. More recent U.S. administrations, alongside international investors, have bequeathed the type of strategic investments in Laos that encourage economic development and social prosperity. Poverty in Laos is shifting.

The Lao people experienced a prolonged period of civil war and armed conflict immediately following independence. After years of abounding poverty, the economy writhed amid growing American anti-communist actions in neighboring Vietnam and Cambodia. The fighting soon leached across Laotian borders as part of a wider U.S. bombing campaign. While Laotians initially measured U.S. contributions only in terms of explosive tonnage, current administrations have retooled U.S. foreign policy in Laos to encourage growth. These efforts require a detailed understanding of Laos and its people.

Transportation network improvements implemented in the late 1990s provided proof of a strong correlation between targeted infrastructure investment and rural poverty reduction. The Lao Peoples Democratic Republic (PDR) government conducts household surveys every fifth year, the Lao Expenditure and Consumption Survey, which enables the study of poverty rates. Peter Warr, a professor of agricultural economics at the Australian National University, compared the two surveys that bracket the late 90s improvements to imply, “about 13 percent (one-sixth) of the reduction in rural poverty incidence… can be attributed to wet season road access.”

Poverty in Laos and War

The combined impacts of civil war and a U.S. bombing campaign in Laos staunched civil progress and economic prosperity. In an effort to help improve impoverish conditions in the country, a U.S. State Department’s principal foreign policy objective regarding assistance to Laos is to help the country meet its development goals.

President Obama visited Laos in September 2016, marking the first trip by any U.S. president to the country. Likely his last Asian tour as president, Obama’s trip highlighted the U.S. strategy to rebalance Asia and the Pacific. In a speech to the people of Laos, the president alluded to the U.S.’s assumed role to end extreme poverty through “transformative investments.” Obama also discussed diplomatic efforts that resonated strongly with two U.S. national security interests: prosperity and international order.

The president pledged $90 million over the next three years to help Laotians clear American unexploded ordinance. “Over nine years—from 1964 to 1973—the U.S. dropped more than 2 million tons of bombs here in Laos—more than we dropped on Germany and Japan combined during all of World War II,” President Obama stated. The pledge enables Laotian health and prosperity within its borders and supports international order by strengthening Asia-Pacific alliances.

According to sources for Radio Free Asia, “Road construction and renovation in Laos are usually plagued by corruption with exorbitant costs.” Assistance simply does not end after the deposit. The U.S. must follow through, providing the appropriate accountability and oversight. 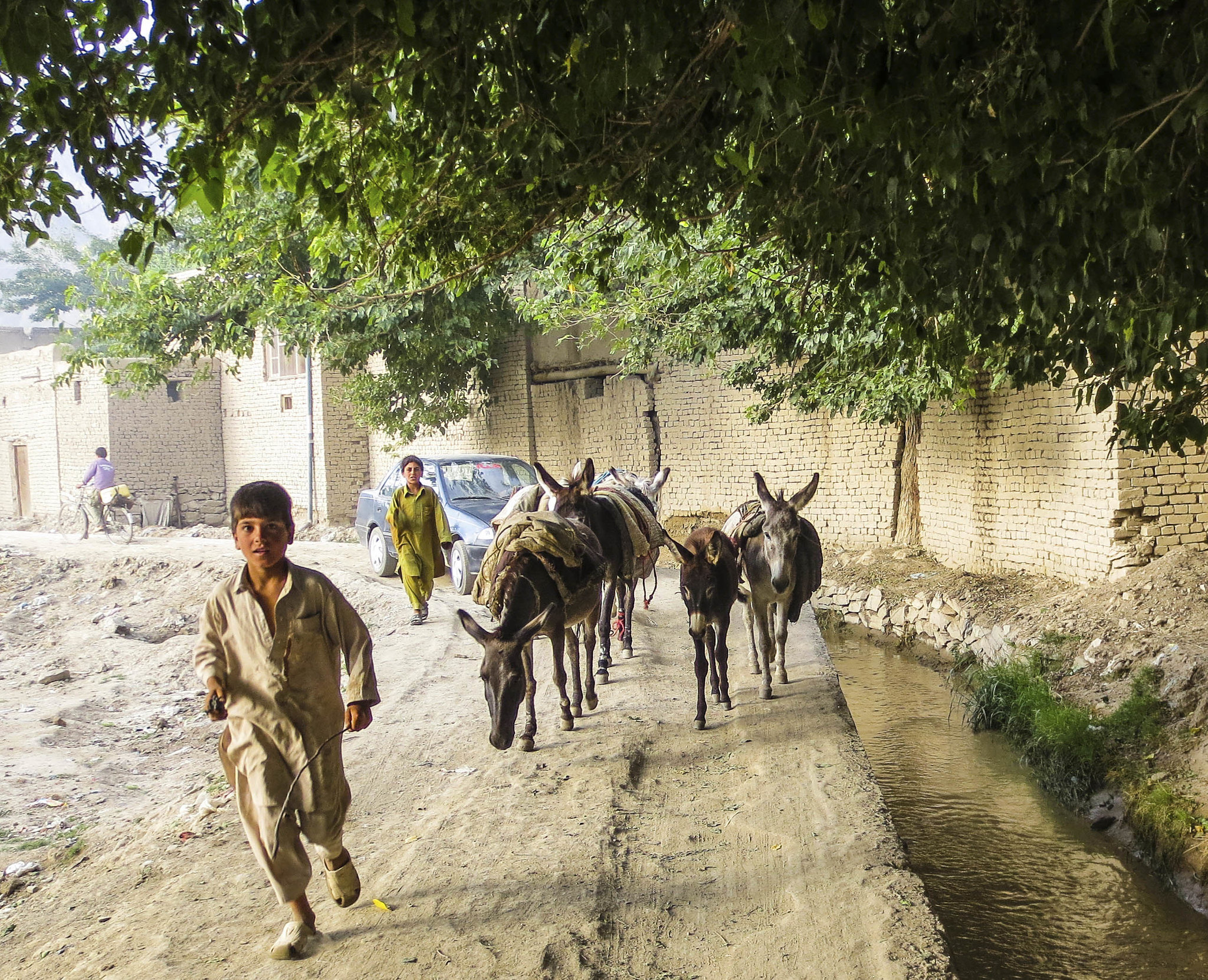 Rebuilding Afghanistan has been no small feat for President Ashraf Ghani. His innovative political career started when he returned to Afghanistan in 2002 from the United States after leaving his job at the World Bank. Upon returning in 2002, he served as finance minister after the collapse of the Taliban Government and proved essential in the reconstruction of Afghanistan.

Ghani took many steps to rebuild Afghanistan between the end of his term as finance minister and the beginning of his presidency in 2014.

He is the co-founder of the Institute for State Effectiveness, a program that addresses the challenge of accountability and governance through refining governments, markets and people. This program greatly improved many countries. The Afghanistan Project was also created, which supported security, governance, economic and civic transitions.

More recently, in his role as president, Ghani instated a new Anti-Corruption Council. As corruption has been identified as one of the greatest threats to efforts to rebuild countries, the new council will make a great difference in the development of Afghanistan.

Ghani has also been a vocal critic of the way international aid money was being wasted in Afghanistan before he became president. This is one of the many problems he sought to fix when he finally became president in 2014 after running and losing in 2009.

Additionally, in 2006 Ghani gave a Ted talk titled “How to Rebuild a Broken State.” The talk was on his theories regarding the necessary steps to rebuild suffering and broken countries; and showcased his extensive knowledge on governments and what it would take to rebuild a country.

Broken and struggling countries who desire to successfully rebuild themselves need leaders like Ghani. Ghani’s expertise and programs have also helped countries internationally. These implemented programs specifically geared toward rebuilding Afghanistan can serve as an example for other leaders in their quest to rebuild their own countries. 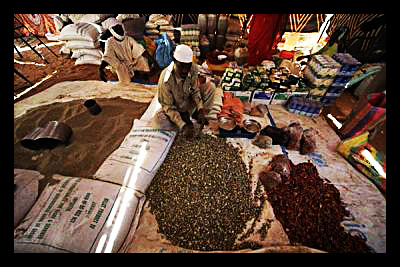 For the region of Sudan and the people who live there, resilience and adversity are far more than just words. They are a waking reality. Sudan has been plagued by decades of war and social unrest resulting in genocide, widespread hunger, a diminishing economy and economic turmoil. In terms of development, Sudan ranks 171 out of 187 countries on the 2013 Humanitarian Development Index. Making matters worse is the ongoing economic loss of oil dependent revenue which has drastically decreased by 75 percent due to the separation of South Sudan. As the economy tanks, so does the food supply in the region, which is in dire need for roughly 2.9 million conflict-affected people in Darfur.

Luckily, rebuilding the country from the inside out seems to be top priority for more than 100 internationally recognized organizations who are trying to raise $1.1 billion for programs in the area which would help approximately 3.1 million people. With roughly half of the population population living below the national poverty line, it’s no wonder how dangerously in need some of the people in the region really are. As one of the top 10 recipients of foreign humanitarian assistance last year, Sudan has been largely dependent on outside assistance to help the country recover and pick itself up when it comes to agriculture and economic opportunity.

Recently, the European Union announced its humanitarian efforts for the 2014 year, which will include aid totaling $20 million, which will be implemented in increments over the next three years in the area and will support food security measurements. With the cooperation of the Food and Agriculture Organization of the United Nations (FAO,) the grant will be incorporated into poverty campaign programs as well as provisions for agricultural technology and seeding. These efforts are in hopes to help recover Sudan’s economy and to encourage agricultural growth in an area where only four percent of arable land is actually cultivated.

Also lending its hand to the efforts in Sudan is the World Food Programme (WFP,) which provides essential food assistance to those most vulnerable in the region for the last 50 years. Starting in 1963, WFP has made Sudan one of the organizations largest operations and has provided food assistance to 3.9 million people. Some of the food assistance that has been contributed include; dried skimmed and whole milk, dried and canned fruits, and vegetable oil from countries such as the United States, Austria, New Zealand, Australia, and Germany. The main goal for the WFP is to promote long-term food security in hopes to build resilient communities in the heart of conflict.

There have been a number of lasting efforts that have been implemented into the region including food voucher programs, the Safe Access to Firewood and Alternative Energy initiative, and the Farmers to Market program which gave local farmers and women a second chance at a normal life. In a country where the future is beginning to brim with potential, it is important to acknowledge the harsh realities and challenges that the Sudanese people face, all for the sake of trying to build a better life and bring stability in Sudan. 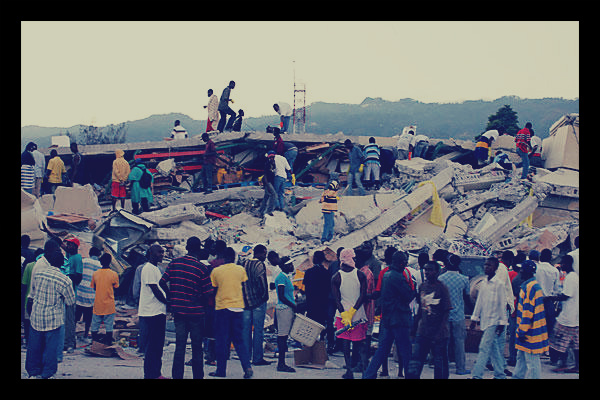