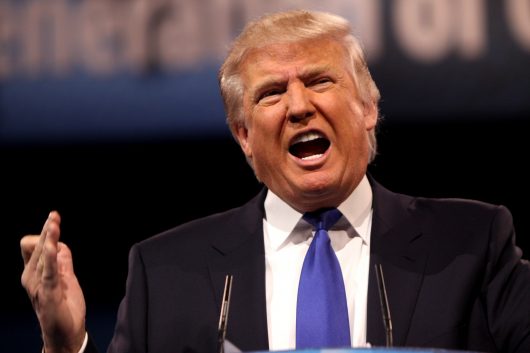 On January 20, Donald Trump stepped into the world’s most powerful position — the President of the United States.

Even after his inauguration, his transition into the presidency has been met with a series of controversies, one of which is a public call for business restrictions on presidents. Outside politics, Trump remains a real estate and business mogul. The dealings of his business are not merely centralized in America, they reach into nations such as Azerbaijan, the United Arab Emirates, Turkey and Indonesia. Prior to his presidency, no one voiced alarm to this sprawling empire. Now, it is a hot topic and, for many, a deep concern.

Why is there such a concern?

The answer is twofold. Business ties could introduce both domestic and international conflicts of interest for the president. Domestically, real estate businesses flourish under money given from the banking industry. There is a frequent “mutual interest” in lax credit and lax regulation, which seemingly opposes Trump’s intention to void the 2010 Dodd-Frank reforms.

Internationally, the Washington Post has reported that foreign diplomats are setting their sights on Trump’s new Pennsylvania Avenue hotel in order to attain the president’s favor. Later down the road, business entanglements could sway the president’s mind one direction or another in regards to economic and foreign dealings.

Isn’t there a law that restricts this?

Technically, yes and no. Business restrictions on presidents are looser than one would think. The conflicts of interest laws apply to Congress but exempt the president and vice president. Regardless, presidents dating back to Jimmy Carter through to Obama have taken all precautions by separating themselves from their businesses. All have used blind trusts, in which a business is sold and an unknown, unrelated trustee reinvests the procured finances into assets the president is unaware of. In these cases, business restrictions on presidents have been self-imposed.

Will Trump use the blind trust?

Legally, he isn’t bound to use it. Trump currently plans to transition management of the Trump Organization to his sons and has already placed all investments and assets into a trust. Along with this, he and his daughter Ivanka have resigned from all positions within the Trump Organization.

Trump has also agreed that there will be no new deals between his business and foreign countries, and all domestic deals will undergo a strict and thorough vetting process. And while profit and loss information will still be available to Trump, it will only be for the company as a whole with no specifics.

No president has carried a multimillion-dollar business portfolio into the Oval Office before, which makes it more difficult for Trump to use a blind trust. However, while there are no constitutional business restrictions on presidents, any corruption of power, such as bribery or accepting foreign gifts, could lead to legal prosecution. All in all, only time will tell.