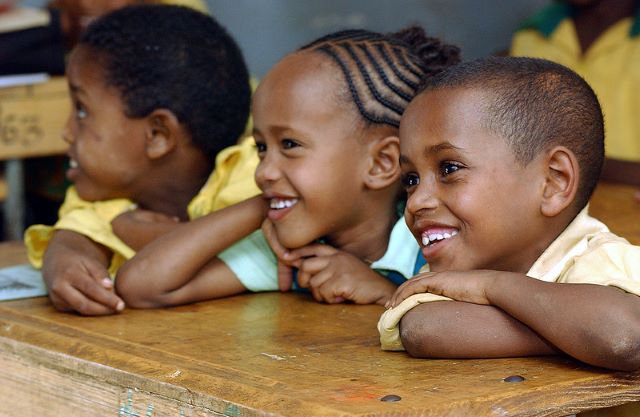 There are 781 million adults in the world who are considered illiterate. This statistic reflects more than just the ability of people to read, it inherently ties to the poverty rate. In fact, 43% of adults with low literacy rates live in poverty. There are multiple issues that contribute to this, however, the most influential factor is education. Several programs address literacy in Ethiopia.

The Relationship Between Literacy and Poverty

In the fight against global poverty, education is a sought-after resource. With increased education comes increased opportunities for those within the community to contribute to the economy and increase their prospects. In order to bolster educational efforts, children must be able to read. Literacy is the foundation of learning and is directly responsible for the success of children in education as a whole.

Without this vital skill, children are unlikely to move on to higher education or secure high-paying jobs. This stagnant economic standing is perpetuated through families because parents with low literacy rates are 72% likely to pass that low literacy rate down. The resulting generational illiteracy is a detriment to the growth of communities because it cements them into a lower economic standing.

The World Bank underscores the importance of literacy in the fight against poverty. It has coined the term “Learning Poverty,” which refers to the inability of a child to read and comprehend by age 10. The severity of learning poverty aids in the prediction of future literacy and economic success. Additionally, the World Bank believes that this statistic is a useful indicator of whether or not countries are meeting global educational goals.

In relation to poverty, these goals are paramount to the rate of sustainable development in impoverished countries. Moreover, poverty would reduce by 12% if all students in low-income countries could read. As nations meet educational goals and literacy rates increase, impoverished communities have the opportunity to create sustainable change in terms of their economic standing and overall quality of life.

Illiteracy and Poverty in Ethiopia

Ethiopia has the second largest population in Africa, with 109.2 million people. Unfortunately, the country also suffers from rampant poverty — in 2016, 24% of Ethiopia’s population endured conditions of poverty. Poverty is a multifaceted and complicated issue, however, one can generally find a low literacy rate in countries with corresponding high poverty rates. In Ethiopia, this holds true because slightly less than half of the population is illiterate. Given the extreme disadvantage that low literacy rates puts on communities, there have been multiple efforts to improve the Ethiopian education system and increase literacy in Ethiopia.

READ II is a project that focuses on the education of children considered at risk of school failure or drop out due to the cognitive, emotional and physical effects of hunger, violence and displacement. READ II spans 3,000 schools across 50 districts, ultimately wishing to expand the basic model to reach 15 million learners. Specifically, within the Addis Adaba, Tigray and Amhara regions, the project is working to improve the preparedness of teachers, increase support for women’s education and push for the widespread education of English.

Unlock Literacy is a project founded by World Vision in 2012 that has reached a total of 1.7 million children in the endeavor to increase the literacy rate in impoverished countries. Unlock Literacy commits to the implementation of teacher training programs, better educational resources and appropriate reading materials. The program acknowledges the fact that oftentimes rural areas are unable to attain reading material applicable to the children receiving an education. As a result, Unlock Literacy has aided in the creation of more than 1 million new books in the common languages of the students. Unlock Literacy has also seen success as children who could read with comprehension rose from 3% to 25% after the program.

READ TA was founded in 2012 by USAID in partnership with the Ethiopian Ministry of Education in order to advance writing and reading among 15 million early education students. With READ TA’s methods, more than $17 million goes toward training 113,385 teachers in safe and practical learning initiatives. In recognition of low literacy’s association with poverty, the program also seeks to improve the student’s overall understanding of class materials. READ TA has accomplished this by giving schools the necessary educational resources designed to appeal to the student reading it. Additionally, READ TA has adapted 320 educational materials to address the local context of communities living outside of administrative regions.

With organizations and programs committed to improving literacy in Ethiopia, the prospect of reduced poverty in the region is hopeful, as is reaching the goal of alleviating global poverty overall.