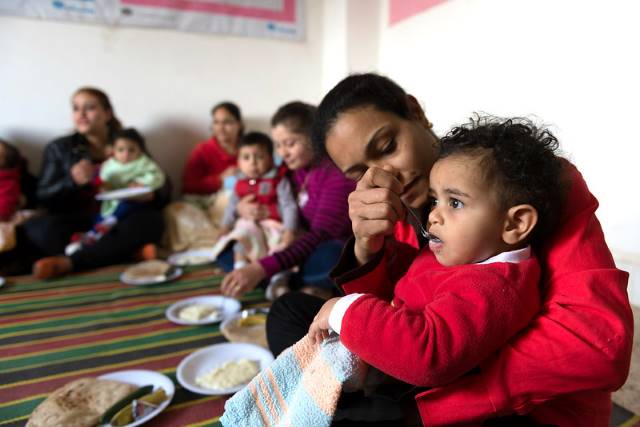 The United Arab Emirates (UAE) is leading the fight against malnutrition. Malnutrition refers to imbalances, deficiencies or excesses in a person’s ingestion of nutrients and all-around intake of energy. It can result in several problems, ranging from undernutrition to obesity. As a result, the issues caused by malnutrition can lead to diet-related diseases such as cardiovascular diseases, various forms of cancer and strokes.

Malnutrition is an issue that affects every country in the world in one form or another. Children are especially at risk, with 45% of deaths among children younger than the age of 5 linked to malnutrition. Malnutrition affects 49 million children around the globe.

COVID-19 caused an upset in the health systems of numerous countries, which worsened the issue noticeably.  By 2022, experts expect an additional 2.6 million children to suffer from chronic malnutrition. There are several programs across many nations working to combat the issue globally. Likewise, the United Arab Emirates built one of the most notable reputations for combating hunger and malnutrition.

Efforts by the United Arab Emirates

The United Arab Emirates has previous endeavors fighting against malnutrition. For example, the Crown Prince of Dubai Mohammed Bin Rashid’s “100 Million Meals” food campaign successfully delivered more than 216 million meals to the hungry. The nation refuses to sit still on the issue.

UNICEF claims that the annual global cost of malnutrition is $3.5 trillion. Reducing global malnutrition by a third could reap economic benefits totaling roughly $417 billion. Director of the Secretariat at UNITLIFE, Assia Sidibe, tells CNBC Africa “Malnutrition really leads to huge economic burden.” Sidibe also goes on to cite how malnourished children will earn 22% less in their adult lives than their non-malnourished counterparts.  The healthcare costs set in motion by malnourishment have a significant financial impact as well.

On top of partnering with UNITLIFE, Sheikh Mohamed bin Zayed Al Nahyan donated $2.5 million to the organization shortly after UNITLIFE’s creation. This was a gesture that is representative of the United Arab Emirates’ commitment to tackling the issue of malnutrition.