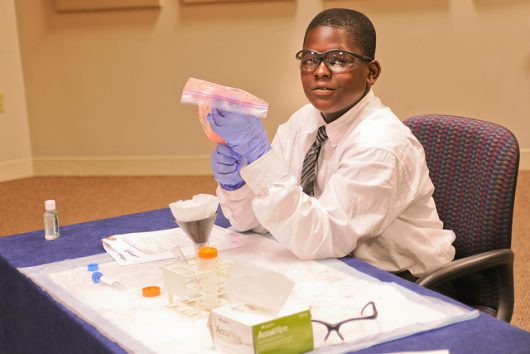 Autism Spectrum Disorder (ASD) is “a developmental disability that can cause significant social, communication and behavioral challenges,” according to the Centers for Disease Control and Prevention (CDC).

This disability has become increasingly common in children in the United States. CDC estimated that as of March 2013, about one in every 50 school children is diagnosed with autism.

However, outside of Western civilization, and into more under-developed countries, the number of people diagnosed with ASD is significantly lower.

Why is this? It is not necessarily because children in non-Western countries do not have ASD, but because the children are not being diagnosed with it. There are multiple reasons for this. Some of these include a lack of professional doctors, cultural skepticism and mere unawareness of the problem.

Lack of physicians is one of the main reasons why people are not being diagnosed with autism in developing countries. Harvard’s Global Health Review gives the example that “in South East Asia, there is one psychiatrist per 100,000 people, making mental health services or diagnoses extremely difficult to access.”

To combat this absence of doctors, the organization Autism Speaks funded a research study to help people in developing countries become aware of autism and teach them how to screen for this disorder within their community. The simple screening process involves a tool called Rapid Neurodevelopmental Assessment (RNDA). The screening device was tested in Dhaka, Bangladesh and showed tremendous potential. Autism Speaks points out that “while global infant mortality has decreased in recent decades, malnutrition and extreme poverty continues. This puts hundreds of millions of young children at risk for developmental disabilities.”

Another potential reason why autism in developing countries is so low is because of the culture’s views on developmental disabilities. Continuing with its example of South East Asia, the Global Health Review said, “In South Korea, the stigma of autism is so intense that many families of children with developmental delays will intentionally avoid diagnosis of ASD.”

Habits such as not looking someone in the eye or being brief in conversations could be signs of autism in children, but in some cultures it is seen as a cultural norm rather than a disability.

Whether parents are concerned they will be judged for having in autistic child or unwilling to admit that they do have one, ASD is not a matter that should be taken lightly. Although not a fatal disease, autism spectrum disorder is a serious condition that could affect even the simplest daily tasks.

With more resources and in-depth education, autism in developing countries can be addressed and families can become informed about how to treat ASD.