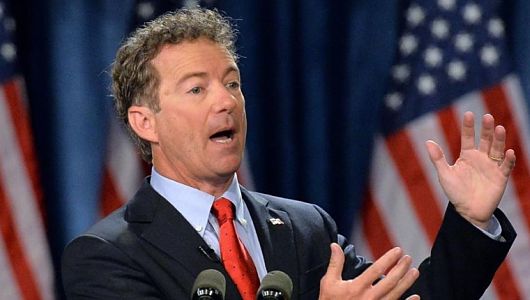 On Aug. 6, 2015, the Republican presidential candidates participated in the first Republican Primary Debate of the 2016 election cycle. The top 10 candidates in the polls debated at 9:00 PM EST. Although the candidates did talk extensively about foreign policy, foreign aid was not mentioned much at all. One candidate, Senator Rand Paul, did mention his views on foreign aid and his potential foreign aid policies.

Even though it is important to consider relations between countries, this does not absolve our obligation to give to other countries. The United States gives a considerable amount of foreign aid to both Afghanistan, Pakistan and Iraq. The U.S. gives the second-largest, third-largest and fourth-largest sums of money to these countries, respectively. The U.S. also gives a significant amount of money to Nigeria.

Rand Paul also thinks that we should not give foreign aid until the United States does not have debt. Even though it is important to consider our own debt, the United States is economically better off than many other countries in the world.

The OECD better life index gives the United States a 10 out of 10 for average personal income and an 8.1 out of 10 for housing and jobs. These are all factors that are related to the economic well-being of a country. While the national debt is a problem, most countries face worse economic problems and more widespread poverty than the U.S. We should have an obligation to give to other countries, because we are relatively well-off.

As the 2016 Presidential Race develops, it will be important to note the candidates’ views about foreign aid. Rand Paul has commonly been for small government and thus less foreign aid. If Paul were to be president, his budget would likely cut foreign aid spending. 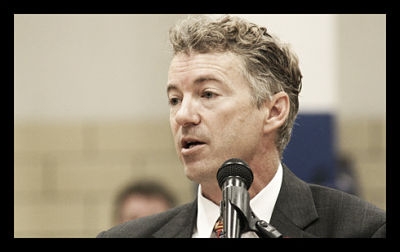 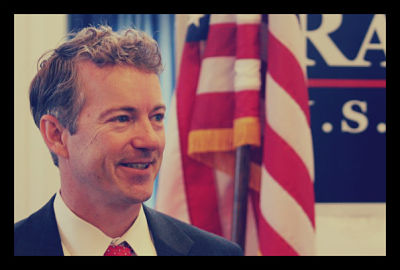 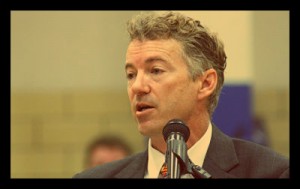 Senator Rand Paul arguing for foreign aid in his recent filibuster has brought a bit more attention to his input on every part of the budget and sequester discussions. Paul’s impressive 13 hours filibuster regarding the use of military drones against U.S. citizens didn’t only shine the spotlight on the issue of drones, it brought the senator’s opinions themselves to the center of a national discussion. Paul claimed yesterday that foreign aid makes the United States less secure.

Read more about how foreign aid helps national security. First, it is important to remember that foreign aid is still less than 1% of the national budget. Yet when talks about budget cuts come up it seems like foreign aid is always about to get the axe while other expenditures, many related to military involvement, are apparently untouchable. Even military professionals overwhelmingly support foreign aid and non-military aid to developing countries and allies. In fact, 84% of military officers said that strengthening non-military tools, such as diplomacy, foreign aid, and development efforts, should be at least equal to strengthening military efforts.

Building self-sufficient communities and providing job opportunities and growing local economies are all essential to combating the root causes of terrorism. By supplying foreign aid to developing countries around the world we are avoiding future conflict while building stronger, positive relationships with the rest of the world and opening potential markets for American business. In the end, we really shouldn’t be thinking of cutting foreign aid anymore, the distribution of aid allows the United States to further ensure its’ national security, strengthen political ties, and create trading opportunities around the globe.

Before his appointment as Secretary of State, Senator John Kerry attacked Rand Paul for wanting to cut USAID to Libya, Egypt and Pakistan (September 14, 2012). In the past, Rand Paul has said he would eliminate all foreign aid across the board, to all countries, so this latest addition is not particularly new.

In obvious disbelief over Senator Paul’s position, Senator Kerry explains the importance of aid and the harm that would come if aid were stopped. Harm would come not just to the people of the region but to American interests as well. Senator Kerry emphasizes that aid money goes to civilians who are trying to fend off extremist groups from gaining strength within the region. The aid is helping to stabilize nations, one neighborhood at a time. Civilians are sacrificing much in order to secure their freedoms, and consequently secure American freedoms.

Part of Sen. Kerry’s discontent also seems to stem from the fact that in relation to how much good foreign aid does, “and the impact is extraordinary,” the US actually spends very little money. So to squabble over the cost verses the benefit should be a moot point. He explains that, of the entire budget of the United States that goes into all our foreign operations, embassies, security and aid – all things combine total in at less than 1% of the annual budget.

The stability of these countries are critical to building peace in the Middle East. If aid were just eliminated it would have a “profoundly negative impact that could contribute to even more violence.”