Tag Archive for: Raising and Extending Arms to Care and Help (REACH) 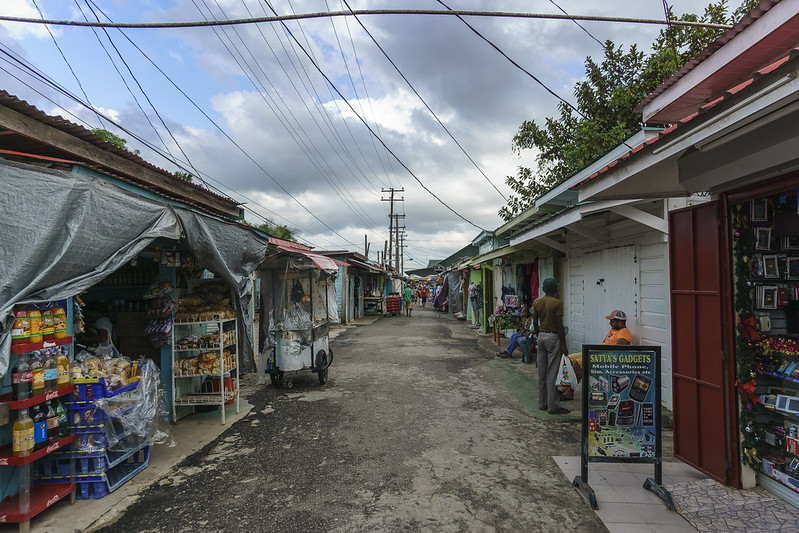 In 2015, David Granger became the president of Guyana, the Caribbean country located in mainland South America. He defeated then-incumbent President Donald Ramotar, whose party, the People’s Progressive Party, stood in power for 23 years. Granger inherited the bane in his predecessor’s side: homelessness in Guyana.

The Housing Crisis in Guyana

Guyana has many informal settlements, such as Tiger Bay. The government is having a difficult time handling the housing crisis. In 2016, 52 families lived in Tiger Bay, located in the center of Georgetown, Guyana’s capital. Ramotar administration’s failed solution to the housing deficit was to give plots of land to those who could not afford it, thus forcing them into crippling debt. This is akin to winning a free car and being unable to keep the prize because the taxes are too much. Only 55% of those plots are now occupied. If the issued land plots did not begin construction within a designated timeframe, the land reverted to the government, but the debt that came with renovating the land remained with the citizens.

Many of those land plots are on former plantations with water-logged soil and sparse infrastructure. The government prioritized low-income families and state employees in their housing schemes. One scheme involved turnkey apartments, which are apartments that are already remodeled and ready for rental. A study from the Inter-American Development Bank in 2016 estimated that the country had a deficit of 20,000 homes for low-income families and 52,000 properties in need of repairs. The housing situation has also led to citizens of Tiger Bay adopting unhygienic practices because of a lack of proper plumbing.

President Granger and Homelessness in Guyana

On June 1, 2019, seven months after he lost a vote of no confidence, President Granger vowed to combat homelessness in Guyana. He said he would, “like to leave the office when there is not a single homeless Guyanese… every Guyanese will have a roof over his or her head.” President Granger based his vow against homelessness on the Guyanese constitution. The constitution states that “every citizen has the right to proper housing accommodation.” The president stated his new idea will not connect to his predecessor’s attempts to fix homelessness in Guyana.

In February 2020, former President Granger addressed the country and announced himself as “the man with the plan” to save Guyana. One of the problems Granger plans to fix is housing. To that end, the president announced the National Squatter Regularisation Commission (NSRC). The NSRC will use funds from the National Treasury to eliminate squatting and homelessness in Guyana.

In 2017, the Central Housing & Planning Authority (CH&PA) allocated approximately $43 million to have 72 houses built for squatters. The CH&PA stated that some of the squatting areas would become regulated and develop into proper housing schemes, while others, like Plastic City, will be relocated. Plastic City is among the 173 settlements the government targets. In the first half of 2019, the CH&PA supplied 541 houses, which was 54.1% of the target for 2019.

The Progress of Eliminating Homelessness in Guyana

From 1998 to 2007, the government ran the Low-Income (LIS) to increase ownership of land and housing that have valid equity not tied to the government. It wanted to put equity in the hands of the people. Once the program ended, the Guyanese government received a loan of $27.9 million for a second version of the LIS. This incarnation of the LIS was focused on improving the qualities of impoverished families by granting them access to housing. That program ended in 2015. Subsequently, the CH&PA acquired another $3.1 million for the Hinterland Housing Project, a spin-off of the second LIS.

In Guyana, the homeless population faces stigma and is looked down upon by fellow countrymen. Citizens see the homeless population as people who have “failed” because of personal choices and not because they are victims of socio-economic failings that they have little to no control over. As a result, many homeless people suffer from poor mental health.

In March 2019, humanitarian organizations focused their efforts on Georgetown. The Raising and Extending Arms to Care and Help (REACH) and Potluck teamed up with local volunteering physicians and donors to assist Georgetown’s homeless population. The vulnerable population received new clothes, assistance in baths and new haircuts. In 2018, the organization reached out to 100 people to raise $100,000 for “society’s forgotten citizens.” Additionally, the Potluck NGO assisted the Guyanese homeless population by providing blood pressure and blood sugar testing and giving out over-the-counter medications.