Tag Archive for: Raise Your Voice 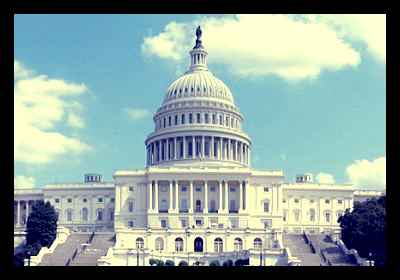 Picture a young, starving boy in Northeast India, his face smeared in dirt, his clothes shabby and worn, spending every day mining coal in what can only be described as a death-trap of a pit. Picture a couple of kids – seemingly no older than teenagers – in Russia, their eyes forever devoid of that childish spark, haunted by all the hardships and sorrows of everyday life at an actual dump. The ‘toys’ they have growing up are working tools, the ‘candy,’ a piece of stale bread with sugar sprinkled on top.

They don’t understand the “struggle” of getting the newest version of the iPhone first – in fact, they have probably never seen one at all – and they don’t know any of the everyday luxuries that members of the regular population can have.

To them, surviving another day is the struggle. Getting enough food to eat, a safe place to sleep, and enough warmth to get through the harsh winter–this is their struggle. Thousands of miles apart yet so closely tied to their total poverty, in their shared dreams of a better future, they have but one more thing in common: you can help them along the way. Helping these people, and preventing other individuals from facing the same fate is a most attainable goal. Want to join the battle? Here’s how:

Everyone residing in the U.S. has a Representative and two Senators serving them. Finding out their office telephone numbers and making short calls weekly to each one takes no longer than a couple minutes, yet has a tremendous impact that far too many citizens fail to note. “Hi, my name is ___ and I would like to see funding for poverty-focused aid increased.” That’s it.

It is impossible to exaggerate the weight of these phone calls; they are tallied each week and noted for future fund allocations – the more people show interest, the more the government will listen. These calls are just as efficient, if not more so, as giving a dollar to the grocery store charity. Post Congressional numbers to your office space/school wall/etc. with a short explanation so that others may call with you. Write letters to the representatives that will stick out even more. Writing to a local newspaper will spread the word further. Building a crowd is key: collective mobilization against an issue does not go unnoticed.

No one wants to sound like a broken record asking for money, but organizing a fundraiser can actually be an entertaining, social, successful feat! Getting a group of friends/family/co-workers and baking cookies, having a yard sale, or perhaps playing live music will spread the cause and make people appreciate the effort you put in. They may even wish to join the cause or give a donation.

This is especially effective if done at a large college campus or public area with a lot of visitors (state parks, beaches – permission may be required from state officials). Host an information session with a few like-minded individuals: provide statistics, print out flyers – be friendly and patient, answer any questions that people may have with a light-hearted attitude. The primary goal is to inform, to mobilize toward supporting the cause. Advocate for contacting Congress, make sure people understand that there’s other ways to help besides giving donations.

Of course, there are other ways to help the poor, but, in modern-day America, the opportunity to make a difference is already here –  your voice, your involvement, is what’s needed for seizing it.