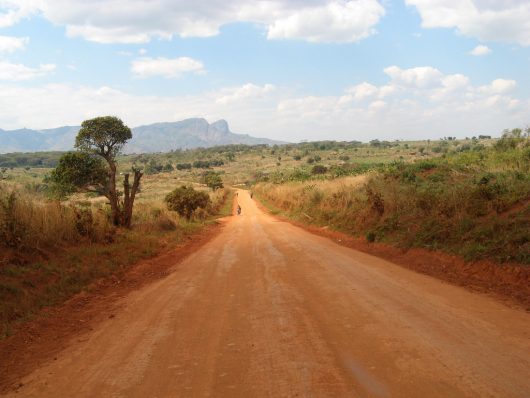 Infrastructure in Mozambique is significantly underdeveloped compared to all other countries of the world. Of its approximate 30,400 kilometers of highway roads, only 18 percent are paved, the rest remaining dangerous and even impassable in certain weather conditions. The entire length of Mozambique spans 2,000 kilometers and varies between 50 and 600 kilometers in width.

The Estrada Nacional One, or National Highway One (EN1) remains the only road connected to the country’s capital, Maputo, to the north and south. The rest of the country remains largely disconnected, with little to no mode of transport available to the outer regions. There are no rail lines going beyond Maputo to the north, with many of the existing ones in the south being unserviceable and in complete disrepair. Domestic and freight transport mainly serves the center and south of the country through the largest transport company, Transportes Lalgy, which also connects to South Africa and Zimbabwe.

The rising demand for the country’s vast natural resources is its best chance for boosting the economy and spurring the development of infrastructure in Mozambique forward. The main challenge to this development is diversifying the economy, expanding and tapping into the resources centered in Mozambique’s food products, ports, airlines and railways.

The United Nations Industrial Development Organization (UNIDO) created the Competir com Qualidade, or private sector quality promotion program, in 2012, aiming toward enhancing the country’s development through increasing product competition. According to UNIDO project manager Dominika Dor, this is the first step toward creating a productive and stable economy, saying, “A well-functioning quality infrastructure can have a positive impact on multiple aspects of life, reaching from industrial development to environmental sustainability.” She goes on to explain that this impact is especially essential when it comes to water and other food products, as they are meant to be consumed by humans.

Development of infrastructure in Mozambique is particularly crucial when it comes to the railroads and ports. Malawi and Zimbabwe are entirely dependent on the rail lines that connect them to Mozambique, as they are completely landlocked and cannot reach the ports for their imports and exports any other way.

The Maputo Port Development Company (MPDC) plans to invest $750 million in the development of the Port of Maputo, Mozambique’s largest port, so it can transport 48 million tons of goods each year by 2033. This includes the transport of iron-chromium, coal, vehicles and fruit, among other goods. The second and third largest ports, Beira and Nacala respectively, are currently undergoing enhancements to expand their accommodations for larger cargos and ensure Zimbabwe’s entry into the world market.

The rail network, on the other hand, requires private investments to improve railroad safety and ensure the safe passage of cargo and goods. The Portos e Caminhos de Ferro de Moçambique (CFM) is currently working on obtaining these investments and bring Mozambique’s railways up to the national standard.

Further development on Mozambique’s roads and transportation services will only serve to increase movement through the nation’s economy. With continued work on the infrastructure in Mozambique, the quality of life will inevitably improve for the African nation’s citizens.