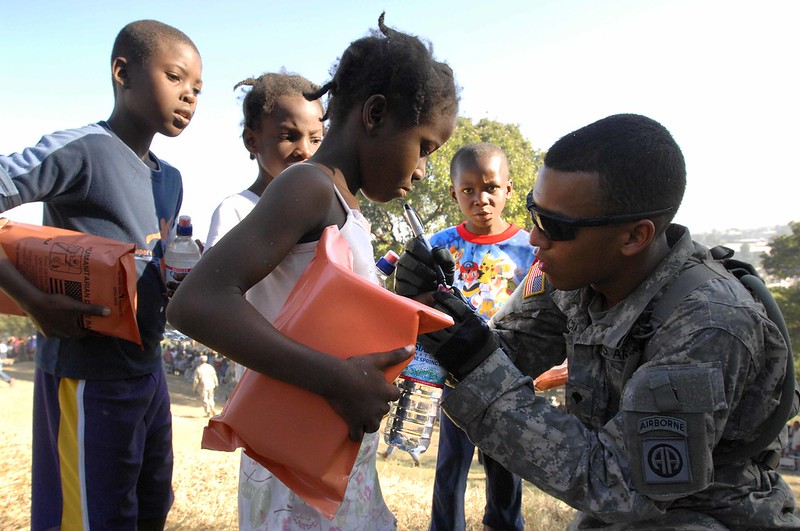 Plagued by historical political oppression and a series of recent natural disasters, Haiti is among the poorest nations in the Western Hemisphere today. An estimated 8.5 million Haitians live below the poverty line, 2.5 million of whom survive on $1.12 a day. Thus, it is not surprising to see an influx of immigrants from the country. According to the activist organization RAICES, Haitian immigrants make up nearly half of families detained in U.S. Immigration and Customs Enforcement (ICE) facilities. Immigration policy must consider the origin countries of migrant families and why they chose to migrate in the first place. Though the U.S. has prioritized harsh security measures at the border, investing poverty relief in Haiti may improve the situation.

Haiti’s ongoing economic crisis stems from a long history of political unrest. From national corruption to human rights violations and the damaging effects of colonialism, Haiti’s economy has never fully recovered. After regaining independence from France, the small country owed 150 million francs to the European nation. Haiti finally finished paying off this debt in 1922.

A World Bank report estimated that 6.3 million Haitian citizens could not afford certain consumer goods in 2012, while another 2.5 million struggled just to buy food. Additionally, despite some poverty relief in Haiti, about half of the population cannot access public services. From 2001 to 2012, Haiti saw improvements in tap water, energy and sanitation accessibility, but coverage rates remain well below 50%. Furthermore, recent statistics from the World Bank claim that Haiti’s GDP per capita was only $756 in 2019. This poverty, along with a particular susceptibility to natural disasters, creates incentives for mass migration from Haiti.

The Price of Immigration Enforcement

When it comes to immigration enforcement, the U.S. spares no expense. The American Immigration Council found that, since 2003, the federal government has spent approximately $381 billion on immigration control. The U.S. Customs and Border Protection (CBP) and ICE  have grown, with nearly triple their original budgets today. In 2020, federal spending was $8.4 billion for ICE and $16.9 billion for CBP.

Despite the generous contributions to these enforcement agencies, immigration issues have not necessarily disappeared. Instead, this tough approach at the border has created a new set of problems. Claims of trafficking, abuse of power by enforcement officials and poor conditions in holding facilities have surrounded the departments. Specifically, RAICES found that Haitian and other Black immigrants face discrimination and mistreatment while under ICE custody.

With an estimated 40,000 Haitians making up a large portion of border detainees, some government officials are proposing investing in poverty relief in Haiti. Politicians, such as Rep. Frederica S. Wilson (D-FL), are fighting to restore stability in Haiti during the pandemic. Wilson and some of her colleagues believe that this will have a slowing effect on migration.

The World Bank has demonstrated the benefits of investing in poverty relief in Haiti. From 2000 to 2012, extreme poverty decreased by 7.4% largely due to economic progress in Haiti’s big cities. Similarly, poverty rates in rural areas reached 74.9%, while the country’s capital, Port-au-Prince, only had a rate of 29.2%. By increasing and distributing aid, the rest of the country can achieve poverty reduction rates similar to those in urban regions.

The same report details how, with the help of the Heavily Indebted Poor Countries Initiative, Haiti eliminated a large part of its public debt. This in turn increased the economy by 2.3% annually from 2005 to 2009. The financial help also “contributed to the generation of optimism in the country and among the country’s partners.”

Researchers urge U.S. policymakers to begin looking at remittances as having investment returns. For example, temporary work visas significantly bolster Haiti’s economy and raise the quality of life for Haitian households. This lessens the need for migration. If the U.S. changes its perspective on immigration, it could begin developing a mutually beneficial relationship with Haiti while decreasing emigration.