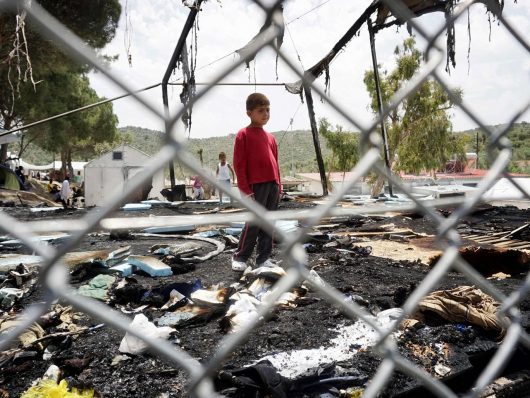 While the 2015 refugee crisis somewhat faded from the international media’s view, the flow of refugees and the vulnerability of their human rights remains a meaningful concern among the international community.

From the start of the year to July 2017, more than 100,000 asylum seekers arrived in Europe by sea and upward of 2,000 additional individuals did not survive the attempted crossing. Since the beginning of the crisis, asylum seekers who managed to reach Europe arrived to inadequate and sometimes even dangerous conditions.

At first, in 2015, this seemed to be a symptom of inadequate legislation. However, the fact that these inhumane conditions have persisted points to insufficient humanitarian funding and the deliberate neglect of refugees.

Emina Cerimovic, a researcher with Human Rights Watch, stated that “the mental impact of years of conflict, exacerbated by harsh conditions” and “the uncertainty of inhumane policies, may not be as visible as physical wounds, but is no less life-threatening.” This warning came at a crucial time, as Hungary continues to house asylum seekers in shipping containers despite protests from the United Nations, European Union and the greater international community. As time has gone on, conditions in refugee camps remained stagnant and residents became increasingly less independent. They are forced to rely on the entity running their center for more of their basic needs.

NPR reporter Soraya Nelson, who visited a camp on the Hungary-Serbia border, describes it as a detention camp with only one accessible exit, which enters Serbia, a country that also struggles to uphold just migration policies. According to Nelson, all other gates are heavily guarded. The idea is that “people will get so fed up, they might just decide to leave.”

The containers that make up the camp, while more sturdy than the tents provided in many E.U. refugee centers, are undeniably cramped and allow for little ventilation. Their structure provides no clear separation of families and also house unaccompanied minors, one of the most controversial groups within the asylum-seeking population.

Despite this failure, the Elpida Home for Refugees, located near the industrial Center of Thessaloniki, Greece, provides a model for the future. Elpida, which means “hope” in Greek, managed to bridge the gap between inhumane refugee policies and the humane treatment of refugees. The center was founded by American philanthropist Ahmed Khan in partnership with the Radcliffe Foundation and the Greek Ministry of the Interior as an experiment in refugee assistance.

The Ministry donated an abandoned textile factory to the cause when presented with the concept for Elpida: to provide refugees the independence and services they need to continue their lives. The 6,000 square-meter space was converted into 140 residential units, each for six people or less, with shared bathrooms and a communal kitchen, allowing residents to enjoy private space, prepare meals and participate in the community.

The Elpida Home for Refugees is based on the idea that refugees need assistance from the bottom-up instead of from the top-down as is provided elsewhere. Top-down assistance means asylum seekers receive a small designated space in an overcrowded, often outdoor facility, with limited access to proper nutrition, hygiene and medical care. In these scenarios, typical of most refugee camps, residents are entirely reliant on the government or NGO who operates the camp.

Alternatively, the bottom-up care provided by the Elpida Home for Refugees allows its residents to utilize the tools made available by the organization, such as access to medical care, education, and their own personal rooms, to reclaim their lives and become independent.

The cooperation between the Greek government and the Radcliffe foundation can easily be replicated by other countries and organizations and then even more asylum seekers may find Elpida’s “hope” when they are most vulnerable.

On June 14, 2016, The Radcliffe Foundation released a statement explaining its partnership with the Greek Ministry of Migration in an initiative aiming to house over 800 Syrian refugees in Thessaloniki in northern Greece. Frank Giustra, founder of The Radcliffe Foundation, worked alongside Amed Khan, an American philanthropist, to create a revolutionary alternative housing option for refugees in Thessaloniki.

Together, with the support of thousands of volunteers, they set out to “rehabilitate an abandoned clothing factory to provide housing for 800 refugees,” many of whom were women and children. According to project manager Mike Zuckerman, the project’s strategy was to “rehabilitate Greece’s abandoned infrastructure to aid in solving both the Economic Crisis and the Refugee Crisis at the same time.”

The facility, dubbed the Elpida Home, opened to families on July 24. Here are five ways the Radcliffe Foundation and the Elpida home are giving hope to refugees in Thessaloniki.

Between the joint efforts of the Greek Ministry of Migration and The Radcliffe Foundation, Syrain refugees inThessaloniki will have a better chance at overcoming the obstacles displacement creates. 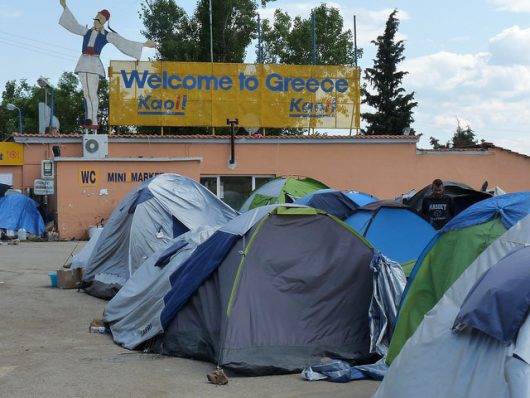 As thousands of refugees in Greece continue to remain trapped in the country after an agreement closing the borders, American veterans are volunteering again to provide medical care. The agreement between the Turkey and the E.U. went into effect March 20th, leaving refugees already in the country unable to travel back to Turkey or continue on to Europe.

According to the U.N., there are 42,000 refugees located on the mainland of Greece, with another 8,000 spread across the Greek islands. Grouped in crowded camps by Greek officials, the asylum-seekers face overflowing toilets, lack of health care, poor food, violence and open harassment of women.

Many are housed in makeshift shelters in abandoned buildings. Though the country’s borders are officially closed to refugees, many still attempt to flee to Europe, with 3,000 having died or gone missing in attempted water-crossings from Turkey 2016 alone.

In response, many non-governmental organizations (NGOs) mobilized to help refugees stranded in Greece. One of them is Team Rubicon: a crisis-response organization founded by two marines in 2010 to provide aid to earthquake-stricken Haitians. Since its inception, the group evolved into an organization capable of deploying response teams around the world.

Now boasting leaders such as retired General Stanley McChrystal on its Board of Directors and retired General David Petraeus on its Board of Advisors, the veterans’ organization is active in all 50 states and around the world. Operating in small teams of current service members, veterans and civilian emergency workers, Team Rubicon deploys to disaster areas that may be difficult for larger organizations to reach.

The Borgen Project had the opportunity to interview Matt Pelak, the International Operations Chief for Team Rubicon who noted that since July, Team Rubicon has provided “primary and emergency medical care to a camp of about 200 at-risk refugees including pregnant women and unaccompanied children.”

The camp, established by the Radcliffe Foundation at a disused textile factory along Greece’s northern border, provides a reprieve from the crowded and dangerous conditions at many refugee sites.

Pelak asserted that Team Rubicon decided to deploy to Greece after assessing and concluding that the economic and emergency response capacity in the country was overwhelmed. The deluge of refugees are fleeing violence in Iraq, Syria, Afghanistan and elsewhere in the Middle East.

The Team Rubicon medical specialists have made efforts to send smaller mobile teams to surrounding camps as well, providing free medical care to the refugees they are able to see.

Though they are coordinating their efforts with a slew of other NGOs and the U.N., Pelak recognized that there are simply too many refugees in Greece for the current medical resources allocated. “The medical care [we provide] can be the first in months or years for many refugees,” he said.

The Struggles of Resettlement

Efforts to resettle the asylum seekers are underway, but so far only about 1,700 have been allowed to officially relocate to E.U. countries willing to take them in. Those that arrived after March 20th are supposed to be sent back to Turkey, but the Greek government has only deported 500 so far.

The refugees in Greece who arrived before the deadline will have to wait until the government can make a ruling on their applications for asylum. Considering the number of refugees and the variety of languages spoken among them, the process may take some time. Talking about the masses stranded in Greece, Pelak urged people around the world to “Support NGOs that provide aid on the ground and strongly consider taking in refugees by pressuring lawmakers.”