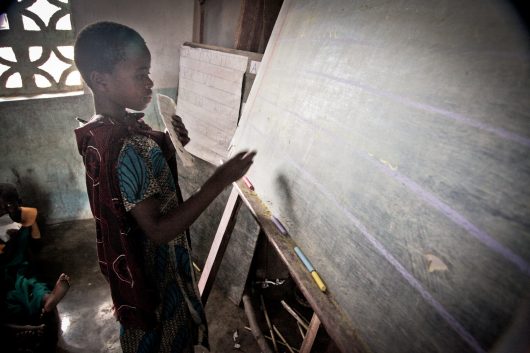 After visiting the small, poor African country of Malawi in 2006, internationally known singer Madonna started the charity Raising Malawi, and the cause has been growing ever since. The pop star has adopted four children from the small African nation and she visits the country twice a year. Madonna’s Raising Malawi works on issues related to health, poverty, and education.

Raising Malawi’s most recent program is the construction of a new pediatric surgery unit at the Queen Elizabeth Central Hospital in Blantyre. Madonna announced that it would be called the Mercy James Institute of Pediatric Surgery and Intensive Care, named after one of Madonna’s adopted children. In June 2017, furniture and equipment started being moved into the new unit. Madonna’s children helped paint murals at the new hospital.

The new construction will help the hospital “double the number of surgeries performed on children each year and will provide an intensive care unit which will increase the chance of survival after critical surgeries.” This is a program that is needed in Malawi because 50 percent of the population is under the age of 15. With such a shortage of pediatricians and pediatric doctors, child care and access to it are extremely important to child development. Raising Malawi has worked hard to expand pediatric care opportunities in the small country.

For Madonna’s birthday, she started a hashtag called #STOCKTHEWARD, which asked people to donate certain services and items for the new unit. For example, $500 pays a nurse’s salary for a month, while $200 pays for 10 blankets for the ward. If a donor gives $25,000, this will pay to ship a container of medicines not available in Malawi to the ward. Madonna’s Raising Malawi is allowing her to literally help these children grow up healthy and happy.

In addition to this newer program, Raising Malawi promotes education through scholarships and grassroots soccer, and partners with others to build schools. Also, Madonna’s organization works within the community as well. The orphanage she adopted some of her children from is called Home of Hope, and Raising Malawi has supported the orphanage financially for years. Madonna also helped raise awareness for the AIDS epidemic through a film she wrote entitled “I Am Because We Are.”

Overall, Raising Malawi has helped children in all aspects of their life, whether it be through education, healthcare or their community. The organization is able to help children in many different parts of their lives, which will lead to real change in these children’s lives.