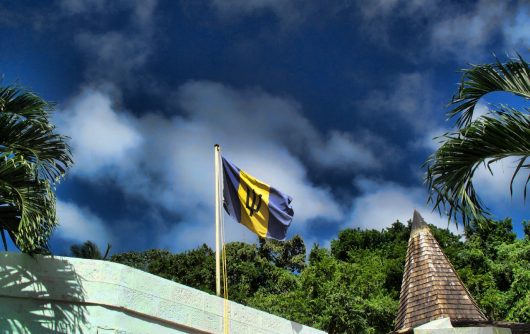 Barbados is an eastern Caribbean island that, along with other Caribbean nations, has faced problems with malnourishment. Hunger in Barbados and other Caribbean countries was a major issue between 1990 and 1992 when there were an estimated 8.1 million malnourished citizens in these countries.

However, by 2016, that number decreased to 7.5 million, improving by 7.4 percent. Barbados is also one of the leaders in the Caribbean when it comes to ending malnourishment. Barbados, along with Guyana and St. Vincent and the Grenadines, met the global hunger target set at the World Food Summit in 1996. Hunger in Barbados is nearly gone; the estimated rate of malnourishment in Barbados is less than 5 percent.

Barbados has taken great steps towards ending hunger; however, Barbados has a new problem: childhood obesity. At the National Committee Monitoring the Rights of the Child, Consultant Pediatrician from the Queen Elizabeth Hospital Professor Anne St. John gave a speech. She praised Barbados for conquering malnutrition and the illnesses that go along with it, but then said, “now we have gone from under-feeding to overeating, and obesity is a form of malnutrition.”

Dr. St. John also explained that the average Barbadian is now eating 400 more calories a day than they were just 30 years earlier. According to a 2005 study, about 27 percent of students in primary school are obese, which could be a result of these extra calories that mostly come from fat and snacks. Dr. St. John believes that cultural practices and traditions may be a contributing factor to this weight gain in adolescents. She says that some parents claim their child is a picky eater, but some parents take more drastic measures. She has heard stories of parents hitting their children with a belt or ruler if they do not finish their plate or some resort to “shoveling food down the child’s throat”.

Along with the increase in calorie intake, the idea around exercise at a young age has also affected obesity rates. Dr. St. John explained that when children begin choosing classes in the third form, some schools do not have physical education as a requirement, so some students no longer take it. Also, students’ parents are using conditions such as asthma as an excuse to take them out of these classes, when in reality they should stay in, as it helps increase their lung capacity.

Barbados is working on ways to stop this increase in childhood obesity, such as removing mascots from children’s cereal like Tony the Tiger. Children may choose these cereals based on the characters when in reality they are full of sugar and less healthy than alternatives. Educators are also trying to teach children that fruit juices, though they contain fruit in the name, are actually unhealthy based on the added sugars. Like hunger in Barbados, obesity is another issue that Barbadians will be sure to solve.