The skyline of Qatar’s capital, Doha, showcases gargantuan skyscrapers towering high into the sky. Being the site of the 2022 World Cup, Qatar is pursuing extensive infrastructure projects to prepare for the massive influx of rabid soccer fans eager to cheer on their favorite team.

Much of the infrastructure projects that are underway rely on migrant workers for completion. In recent months, several stories have broken regarding the terrible working conditions these workers face. Some assert that the working conditions are so bad it amounts to forced labor.

Many of these migrant workers hail from a variety of countries but the majority tend to be Nepalese. Facing poverty at home, they venture outside their borders, via recruiting agencies, in order to provide for their families.

Abigail Hauslohner, details the process by which these migrant workers become the victims of an international forced labor scheme in a recent Washington Post article. Many workers must pay recruitment agencies hundreds or even thousands of dollars to secure a job out of the country. Once the journey is made, workers claim their IDs and passports are confiscated upon arrival, making them illegal aliens.

The Guardian reports that many workers accrue massive loans to the recruitment agencies that, due to the lack of payment for their hard work, they are unable to repay. Some of the loans are reported to have interest rates of up to 36%.

The working conditions that many encounter on a day to day basis are deadly. This past summer, it was reported that an average of one Nepalese worker died per day. Over half died from heart attacks associated with heatstroke. The Nepalese embassy stationed in Doha has reported that 44 workers died between June 4 through August 8.

Lacking payment for their work, some workers are growing hungry, reports Amnesty International. 80 workers have revealed they have not been paid for over a year. The company employing them has recently ceased a monthly food stipend of 250 riyals, amounting to just $69. Luckily, a group of Doha residents have taken notice of their situation and began donating food to help.

Facing large debt, possessing no form of identification and an inability to leave the workplace has placed these migrant workers in a dire situation. Holding illegal alien status, without any way to recover their identification, leaves them with no legal protection under Qatari law. They are trapped in a cycle of forced labor.

Some hold out hope that the eventual 2022 World Cup will force a change. The Qatar 2022 Supreme Committee in charge of preparing for the games states they have taken notice of the problem. The committee insists they will introduce measures to improve labor standards.

Nasser al-Khater, spokesman for the committee, has stated they are in the midst of developing worker welfare standards that come into compliance with international best practices. Contractors will be forced to comply with these standards.

The dichotomy present in the richest per capita country in the world is stark. Qatari citizens enjoy free healthcare, education and electricity while the towering infrastructure is erected by migrant workers suffering under the injustice of forced labor.

The inaugural World Innovation Summit for Health (WISH) – a conglomeration of entrepreneurs, business leaders, academics and technicians in the health space – convened last week in Qatar. As its title suggests, WISH serves as an arena for international delegates to create and implement innovative, nontraditional solutions to pressing issues in global health.

One participant, Londoner Lord Darzi of Denham (chairman of the Institute of Global Innovation at Imperial College), succinctly stated after the announcement of the Summit that “WISH is about action.”

Qatar’s newfound consideration as a hub for frontline innovation- principally through the Qatar Foundation- landed the nation the opportunity to host the prestigious two-day summit event. The Foundation has been on the forefront of the nation’s “visionary national health strategy” and initiated a first-of-its-kind investigation into the healthcare systems of eight major world players, the United Kingdom, the United States, Spain, Australia, South Africa, Brazil, India and Qatar. The Global Innovation Diffusion Report, unveiled on the second day of the summit, presented a well-researched report card of how each nation fosters and incorporates innovation to maximize health outcomes for their citizens.

The report noted both victories and areas in need of improvement for the eight nations of study. Each succeeded on a general level in identifying and addressing doctors and involving patients in treatment. Unfortunately, however, every nation but Qatar fell short in matching research-based suggestions with real changes in the health care space. Expert assessments of appropriate technological or practical innovations were ignored for different reasons in each nation.

In Spain and the United Kingdom, the least innovative countries, funds for research and development are scarce. New ideas simply cannot get off the ground because there is no money to put wind in their sails to begin with. Australia, Brazil and South Africa were slightly more successful than their European counterparts, but need to improve incentives for academics and policymakers who spread innovation. The United States and India showed a consistent, but small, gap between the ideal and reality.

The thorough case study concluded that innovation is most successfully spurred in the United States when incorporated into (or alongside) insurance and the accompanying payment system. Incidentally, the report identified the rollout of Patient Centered Medical Home (PCMH) programs as a major success for the U.S. in terms of innovation implementation. PCMH programs encourage primary care providers to tailor payments around patient outcomes and foster cooperation between medical and social services.

Moving forward, hot areas of progress for medical innovation will likely include: the application of mobile technology to share and store medical information; policymaking that encourages clinicians to adopt new ways of working; mobilization of resources to allow coordination between researchers and clinicians; and the development of an “innovation culture” and leadership among front line health care professionals.

Delegates representing our nation will undoubtedly confer about these recent findings and carve out a designated space for innovation in discussions touching on future policies, programs and technologies. 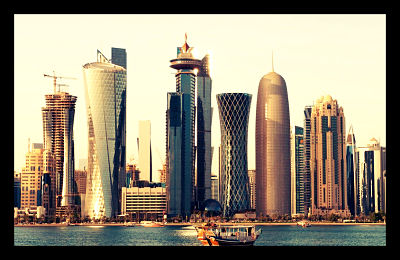 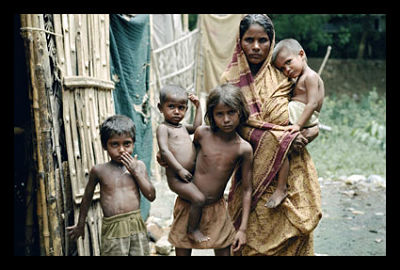 Global poverty is not just about numbers. Statistics in income, wealth distribution, disease, and education never tell the whole story of individual lives in harsh conditions. Poverty affects health, life expectancy, maternal mortality, educational opportunity, environmental risk, and many other factors that contribute to individual and collective well-being. Nevertheless, numbers show a lot about the challenges of global poverty, and better data can inform better solutions to the problem of global poverty.

Life expectancy at birth in the poorest countries in the world is 2/3 that of some of the world’s wealthiest nations:

Child mortality rates in these countries where poverty is the worst are also expectedly high. The probability of infant death per 1,000 births is as follows:

A study from NASA and the University of California – Irvine shows that the Middle East is losing its fresh water reserves. From 2003 to 2009, around 144 cubic kilometers of water have been lost from the Middle East. The study utilized observations from the Gravity Recovery and Climate Experiment (GRACE) satellite mission to evaluate trends of freshwater storage in the Middle East. The “lost water” comes from water resources below the Earth’s surface that are drilled for and relied on in times of drought. This recent news reminds us that water, like oil, is a finite resource. However, Qatar seems to have found a way to manage through this water crisis.

In a TED talk earlier this year in Doha, Qatar, Fahad Al-Attiya, Chairman of Qatar’s National Food Security Programme, delivered a talk on his job, maintaining food security in a country that has no water and imports 90% of its food. Qatar is a country that is rich in oil, boasts strong economic growth, and has a rapidly expanding population. And with a rapidly expanding population comes rising levels of water consumption. The population of Qatar has grown to 1.7 million in less than 60 years. Water consumption levels are at 430 liters a day, the highest in the world. Qatar has gone from having no water to consuming water to the highest degree. Regardless, the country has maintained consistent growth of 15% every year for the past five years without water. This, Al-Attiya says, is “historic.”

The answer to the question of how this was possible is desalination. The process of desalination consists of removing salt from seawater, allowing for Qatar to compensate for depleting water levels in the aquifers. This is a revolutionary change, leaving Qatar in a state of “structurally-induced water abundance.” Utilizing reverse osmosis and solar desalination technologies, desalination presents a very sustainable solution to a country that receives less than 74 millimeters of rain a year. Through desalination, Qatar is able to produce 3.5 million cubic meters of water. This water will go to farmers that will be able to supply the country with food. Al-Attiya calls it “the best technology that this region could ever have.” For the next year, this will be Al-Attiya’s work. His goal is for Qatar to become a millennium city.

March 22 marks World Water Day and the International Year of Water Cooperation. Around the world, many will participate in World Walks for Water and Sanitation, a global event aimed at addressing the world’s water crisis. More than 780 million lack access to clean water. More than 3 million die every year due to the scarcity of this resource. Qatar, along with the UAW and Saudi Arabia, are working on large-scale desalination projects. In India, farmers are looking into System of Rice Intensification (SRI) to reap record breaking harvests of rice. Through investing in projects and innovations like desalination and SRI, we can more efficiently and more effectively manage the world’s most important resource.