Andorra, one of Europe’s smallest and oldest countries, does not boast full European Union membership. Instead, sandwiched between Spain and France’s 11,000 foot high Pyrenees borders, Andorra relies on integrating relations with the two countries. Yet, as Andorra’s economy and demographics differ greatly from most of the European Union, Andorra has a unique agreement with the body of countries. Unfortunately, lacking full E.U. membership and the benefits this includes, Andorra has faced struggles with their COVID-19 response.

A Unique Agreement With the European Union

As evidenced by the recent Brexit controversy, E.U. membership comes with positive and negative aspects. Entry challenges proved a significant hurdle for Andorra; therefore, it initially did not join the union. Only after the 2008 recession did Andorra arrange a special agreement with the European Union, like other European micro-states.

Due to tourism, the country’s main economic draw, and Andorra’s location on a map, some economic realities have been unavoidable. After 2008, Andorra began using the Euro and entered trade agreements slashing tariffs. However, unlike the rest of Europe, Andorra continued to restrict individual taxes. This branded the small country as a hot spot for tax evasion. This caveat kept Andorra afloat but alienated the country from the rest of Europe. Due to international pressure in 2011, the country began moving towards international tax standards.

Even though it lacks full European Union membership, Andorra still retains membership in the United Nations, the Council of Europe and the Organization for Security and Cooperation in Europe.

However, Andorra’s partial membership benefits to the European Union are limited to:

As Andorra’s place in the European Union is unclear, so is its ability to receive COVID-19 aid. It appears that Andorra cannot and has not accessed any European Union COVID-19 aid. As neighboring Spain and France have done, Andorra implemented specific travel limitations. Uniquely, its rules included odd and even-numbered homes taking turns with short exercise periods.

The tough situation created by COVID-19 shutdowns and the ambiguous nature of Andorra’s relationship with the European Union have left the country exposed to further poverty. Unlike countries with widespread extreme poverty, Andorra’s poverty is specific to immigrant labor unemployment during tourism lulls and the housing crisis. Both of which, when paired with COVID-19, have the potential to drastically increase Andorra’s 4% poverty rate.

As of now, Andorra continues to encounter additional struggles with their COVID-19 response. As the post-2008 trend of strengthening relationships between Andorra and the E.U. continues, more poverty prevention aid will hopefully find its way to this small, land-locked country. 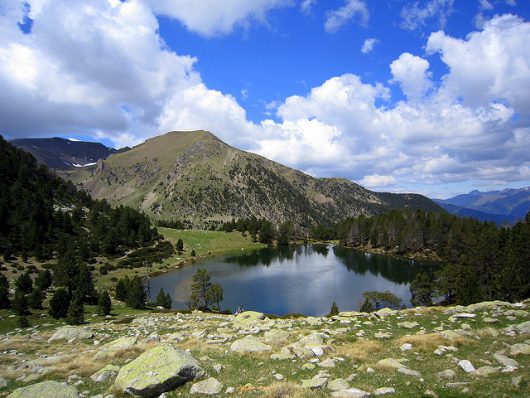 Mountains draw people to the European microstate of Andorra, which offers the best skiing and resorts in the Pyrenees. Prior to World War II and the modernization of Andorra, subsistence agriculture was the dominant industry, even though its mountainous geography is not conducive to large agricultural gain. After the war and the integration of Europe, Andorra quickly modernized and moved toward a lucrative service economy based on tourism. Today, with the rise of the tourism industry, agriculture makes up a small proportion of Andorra‘s industry. Most families own hotels, restaurants and other businesses rather than supporting themselves through farming, greatly increasing their quality of life and wealth.

Andorra has a very low poverty rate due to its booming service economy fueled by its tourism industry. Over 95% of people work in the service industry and only 3.7% of people were unemployed as of 2016. Poverty is so low that the percentage of the population below the poverty line is not measured. One can help people in Andorra stay out of poverty by supporting the Andorran tourism industry, thus sustaining Andorra’s equitable living standards and strong economy, with the added benefit of exploring Andorra’s culture in its beautiful Pyrenees location.

Although there is not a crucial need for foreigners to help people in Andorra, it is important to maintain the success of Andorra, which can only continue by foreigners continuing to visit Andorra and support its tourism industry — an enjoyable way for one to help Andorrans.