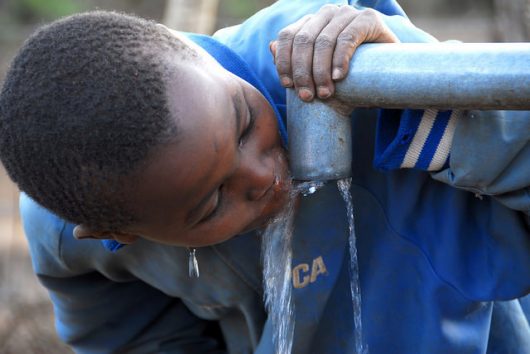 Water is necessary for life, and the poor quality of just one water reserve can undermine the health of farmers’ crops and the people in a whole community. To counteract the spread of harmful chemicals and preventable diseases, Puralytics has brought water purifying innovation to developing countries. Through LilyPads that float on pond surfaces to get rid of farm waste, and SolarBags that bring clean drinking water to households, the company’s impact will go global as they expand production.

Puralytics’ products are known for harnessing the power of natural light to rid water of pollutants and pathogens. It’s all done by the mesh covering that disinfects water so bacteria and viruses cannot transfer to the people drinking it. Other water treatments concentrate farm run-off and pesticides, but with Puralytics, these contaminants are destroyed. Heavy metals combined with molecules of these broken-down chemicals adhere to the mesh material, and thus clean water in a way that’s kind to the environment.

This company’s products are sustainable and, unlike other water treatment technology, do not use Mercury lamps that can break and put out more hazardous waste. The company doesn’t use chemicals in the purification process either; all they need is an occasional cartridge replacement. In particular, the LilyPad reduces water usage by providing farmers with more efficient watering methods.

SolarBags brought clean water to 114 people in the Southern Moshi region of Tanzania for a case study. After interviewing some of the community members, 79 percent of respondents said they enjoyed the water’s taste while the rest were neutral. Some community members even reported less sickness caused by waterborne diseases.

SolarBags were also highly effective in Tesoco, Mexico where desire for them grew beyond the case study group. Soda, also a contributor to obesity, commonly replaced water due to lack of sanitation. After introducing the bags, participants drank between 50 to 100 percent more water and cut back on the sugary beverages.

The LilyPads have also already begun to show promise for a better future. In fact, there has been an 80 percent reduction of chemicals and pathogens in water reserves using this product — a LilyPad that’s one square meter can treat one cubic meter of pond water in a day. Plus, their sleek design is non-intrusive and only takes up one percent of the space on a farm.

LilyPads affect more people than just agricultural communities. Some farmers sell their produce through international markets, extending the positive effects of clean water to other countries. During the 2015 Global Forum in Agriculture, Mark Owen, founder and CEO of Puralytics, discussed his company’s partnership with Aneberries. This distributor based in Mexico has then used LilyPads on their farm plots and help provide half the berries shipped to the United States.

Puralytics’ LilyPad was named one of USAID’s 17 award-winning innovations through the Securing Water for Food Grand Challenge for Development program. As a result, the company will receive a grant to help fund their efforts of expanding production and finding more partnerships across Latin America.

So many factors depend on clean water: crops, livestock, community members, people in other countries, the environment and more. Owen told forum participants that when people treat one water source, it’s also treating the entire world, and no truer words could be said.