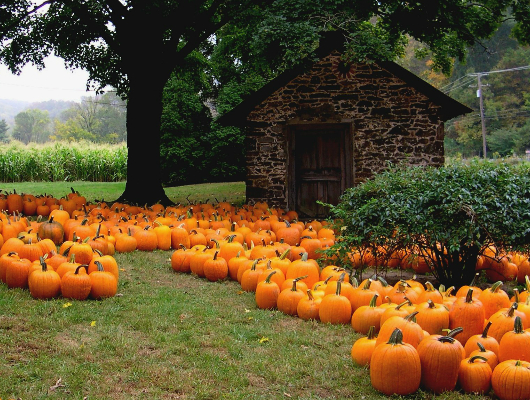 The fall season is the time of year filled with caramel apples, trick-or-treating, corn mazes and pumpkin carving. But beyond the excitement of children at Old McDonald’s pumpkin patch, what is the worth of a pumpkin?

In Uganda, the pumpkin is a source of income that has helped boost the economy.

According to ONE, “Pumpkins can be grown all over Uganda and are often grown adjacent to cash crops. During harvest time, these pumpkins become great to sell for extra income!”

Looking at the Ugandan economy, extra income is still in great need for the large majority of the population.

While the African Economic Outlook, AEO, shows that Real GDP, gross domestic product, or the value of all goods and services produced in a single year, has increased from 4.7 to 6.3 since 2013, there is still a lot of progress to be made.

The AEO has stated that “this recovery in economic activity is mainly supported by public investment on infrastructure, recovery in private domestic consumption and investment demand, and a rebound in agriculture.”

For many in Uganda, this rebound is taking place thanks to the innovative thinking of Henry Kasozi. As chairman of the Nkokonjeru Women Saving and Credit Project, Kasozi teaches women and children how to grow pumpkins.

Since 2009, over 200 women and children have benefited from learning to cultivate pumpkins. For these individuals, it has become their main source of income.

With a fast growth cycle and multiple uses, the pumpkins have proven to be quite the cash crop.

In an interview for The Daily Monitor he stated, “the idea to grow pumpkins was born out of the realization that they take few months to grow and serve several purposes. They can serve as food, sauce, animal feeds and medicine among others.”

According to Web MD, pumpkins are legitimate sources of medicine. Both pumpkin seeds and oils have proven health benefits that have aided in alleviating various diseases.

On their site they state that “the chemicals in the pumpkin seed cause an increase in urination (diuretic effect), which helps relieve bladder discomfort. Pumpkin seed also contains a chemical that might kill intestinal worms.”

With worms and bladder/kidney infections being a large threat to the health of Ugandan citizens, pumpkins have become increasingly popular for these medicinal treatments.

Pumpkins have also shown to be a good source of calories and nutrients for the malnourished, which is one of the leading causes of preventable deaths in countries in sub-Saharan Africa, such as Uganda.

Pumpkins are more than a squash to carve into, but also a poverty-fighting and economy-boosting cash crop.