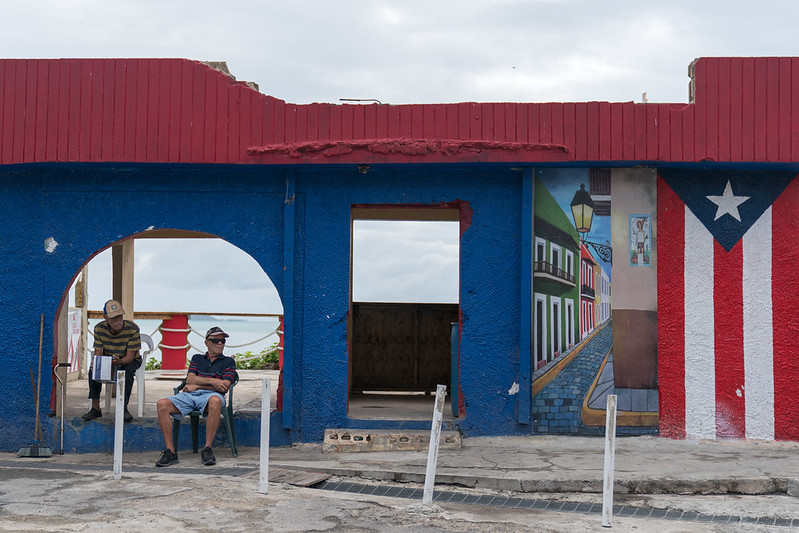 Puerto Rico Report stated in an article that poverty has a connection with the increase of chronic diseases as households with an income of around $15,000 per year or less have higher chances of developing a chronic disease. Chronic diseases result in disabilities that can deteriorate the workforce and exacerbate the health care system. The CDC stated that 21% of Puerto Ricans have reported having serious mobility restrictions.

A study that the International Journal of Environmental Research and Public Health published stated that, compared to the general mainland population in the United States, chronic disease occurrence levels and mortality rates are higher for the people living in Puerto Rico. Around 44.3% of individuals who reported food insecurity in the study also reported that they perceived their health to be average or poor. The study also found that as of 2020, 5,000 doctors had left the island to work in the United States for economic reasons leaving the island, marking a 36% decline in medical staff on the island. Health care services in Puerto Rico currently face the risk of funding reduction in the Medicaid program that could lead to 1.5 million people losing health care coverage.

The Puerto Rico Report stated that citizens of the island are currently not eligible for Supplemental Security Income due to its status as a colony. The rising cost of pharmaceutical medicines and treatments has left the high levels of chronic disease to increase the financial burdens on the island. More than half of Puerto Rican residents are eligible for Medicaid. However, they do not receive enough funding to cover the cost of their disease’s treatment.

In 2014, the Puerto Rican government released the “Puerto Rico Chronic Disease Action Plan” that focuses on collecting data, chronic disease self-management education, intervention plans within communities and increasing access to nutritious food and physical activity. The plan could strengthen the health care system on the island while increasing the economic position of Puerto Rico as the government looks to build medical manufacturing on the island to increase profit and medications. The plan is also looking to increase a clinical trial network within the island and develop local primary health.

The Puerto Rican government developed the model from the chronic model that the Pan American Health Organization/World Health Organization (PAHO/WHO) created and implemented in countries such as Brazil, Argentina, Colombia and the Dominican Republic. This model has reduced hospitalization rates due to diabetes, hypertension and other chronic conditions. It has also decreased the economic strain of the health care system in the different countries. “The model has six components: organization of care, community engagement, support for self-management, clinical information systems, design of service delivery systems, and support for clinical decisions,” PAHO stated.

The government has yet to release any update on the progress of the model due to the pandemic drawing attention away from the increasing risk of chronic diseases on the island. Chronic illnesses still present a big risk factor on the island from both the economic and health care perspective. However, many of the education sections of the model have increased health awareness on the island. As the island begins to move away from the COVID-19 pandemic hope increases for an increase in resources for chronic illness treatment.