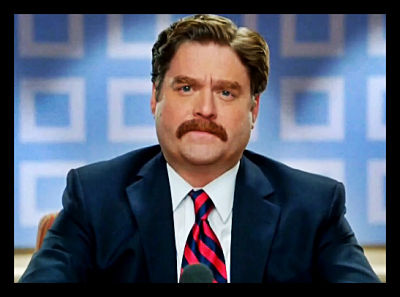 Have you ever wondered how to run for Congress? If you want to influence politics outside of citizen activism or local government, then running for Congress is a great next-level option. Follow these 8 steps to Washington, D.C. and make a lasting impact on Congressional issues.

1. Build a resume – It is important to note that successful Congressional candidates do not have identical resumes. It is encouraged to have a wide variety of political background, and a lifetime of experience to show that you are an ideal candidate for the United States Congress. Previous work experience of most people in Congress involves being a lawyer, but the exceptions to this rule often include physicians and students with graduate degrees in political science.

2. Avoid mistakes – Seems impossible, right? This step is probably the most likely to deter the “average joe” from running. Many congressional leaders have cheated and lied before to get their seat. However, these mistakes are usually overlooked if they are in the distant past.

Just like in the movies, it is important to disclose anything and everything that might be incriminating politically or morally so supporters are not surprised later. Conversely, a flawless record can be your undoing in and of itself. If one minor mistake is made on a flawless record, it could mean the end of a career. Best to maintain a healthy, human balance with any potential mistakes.

3. Go to College and study the structure and role of Congress – A university degree is not listed as one of the qualifications for candidacy. However, your fellow candidates are almost guaranteed to have a degree. On top of that, a consistent education in government or political science will help any candidate in Congress.

4. Run for local government and start building a name for yourself – First, “test the waters.” Try and gauge how likely your are to win a candidacy. One classic path to the Congressional seat is starting at the local government level. An active role in local government will not only show a positive humble beginning and connection to your roots, it will impress voters. In addition, running for local office is great experience and gives the opportunity to test campaign strategies.

5. Start fundraising – It is extremely difficult to achieve any sort of political good without monetary help. In order to promote your own election, you are going to need to fundraise for advertising, traveling, and payroll for your committees. Choosing a good staff that subscribes to the ideals you want to fight for is crucial for a cohesive team. In addition, you may need an assistant or a speechwriter.

6. File ballot paperwork – Make sure you are a resident of the state in which you are applying for a Congressional seat and are at least 25 years old.

8. Vote! – When the time comes, revel in the sight of your name on the ballot, and don’t forget to vote for yourself!

We often forget that we do live in a democracy. And although money and fame can get in the way, the information on running for congress is available to the public and you can and should run if you are able.

All registration forms to run for Congress are available for download from the Information Division, Federal Election Commission, Washington D.C., or by calling the toll free number, 1.800.424.9530.