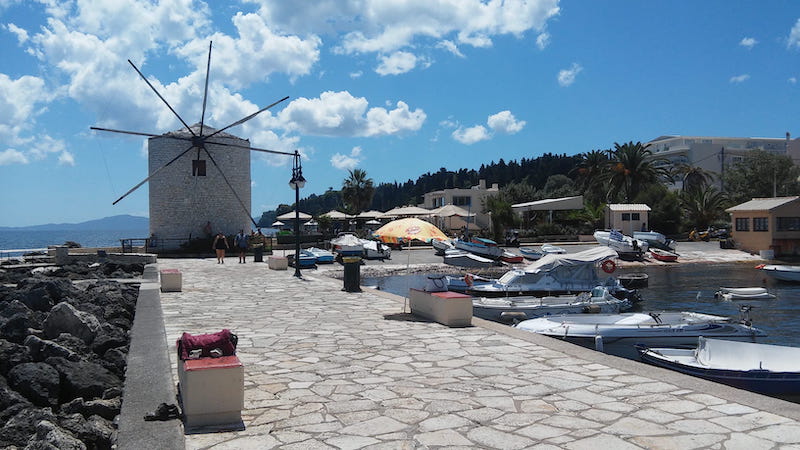 Greece has significant potential when it comes to sustainable energy, with plenty of wind, water and sun to go around. The Greek government is implementing creative solutions to rapidly propel the advancement of renewable energy in Greece.

For years, Greece has lagged behind other European countries in terms of renewable energy, sticking with coal as a primary source of power. While other nations installed wind and solar farms, Greece’s primary energy producer, the Public Power Corporation (PPC) insisted on burning coal for decades, causing carbon emissions to skyrocket past what they otherwise could have been. Fortunately, in the past few years, Greece and the PPC are taking steps toward renewable energy.

When switching to renewable energy, many nations struggle to balance the tightrope that is the free market, as dramatic sanctions on companies can have very serious economic consequences that personally affect citizens. Generally speaking, the people of Greece have supported the switch to renewable energy, but the issue is not without nuance. There is often a battle between what is affordable and what is environmentally friendly and the stakes are high for low-income families who cannot afford a higher cost of living.

As such, there are obstacles to the implementation of renewable energy in Greece. The coal industry is an enormous employer and shutting down coal energy means thousands of job losses and bankrupt businesses. Residents of the Mesohora village opposed the construction of a hydroelectric dam in the area as the dam would inevitably cause the area to flood, requiring residents to move elsewhere.

These foreseeable issues are not impossible to overcome and Greece is prepared to deal with them in creative ways that ensure the best outcomes for the citizens, the economy and the climate, giving hope to other nations struggling to strike a similar balance.

Perhaps the best example of this is the auction program that the European Union approved in November 2021. Greece is allotting roughly €2.27 billion to offer as incentives to help renewable energy producers. This idea is not new and often faces criticism because of the way it disrupts market competition.

However, this program solves that issue by awarding money through an auction system. Companies must compete against each other to receive this subsidy and receive judgment based on how efficient and affordable their results are. Therefore, the only companies that receive aid will be the companies that present the best and most well-balanced ideas regarding renewable energy.

This way, the government always pays the same price for renewable energy, but the companies have the motivation to keep costs as low as possible, while simultaneously having a stable market to work with.

Additionally, the Greek government has introduced subsidies for low-income families that allow them to receive free electricity from solar power plants. It is also investing money toward minimizing the effects that energy switching will have on citizens’ livelihoods.

The transition to renewable energy in Greece is seeing success. In early April 2022, Greece opened the “largest double-sided solar farm” in all of Europe.

Interestingly, the farm construction stems from the company Hellenic Petroleum, the largest oil refinery corporation in the country, now headed for greener pastures. The solar farm will provide power to about 75,000 households, representing a significant move toward renewable energy.

For years, the PPC was adamant about using coal, but this is no longer the case. The PPC is well on its way toward clean energy. Important to note is the fact that fossil fuels are unequal — different fuels produce different amounts of carbon dioxide. For every megajoule of energy produced, high-caliber coal generates roughly 2.6 times more carbon dioxide than natural gas generates.

Low-quality coal, such as the lignite coal Greece uses, produces at least four times more carbon dioxide than natural gas does. Even though switching from one fossil fuel to another may not sound like an exceptional solution, for Greece, it could significantly reduce carbon emissions.

Therefore, the PPC is using gas as a stepping stone on its path to neutralizing emissions — the corporation plans to primarily use gas by 2025 and completely eliminate its use of coal by 2028.

Greece met its 2020 goal of renewable energy use with renewables accounting for around 22% of its total energy use. According to the country’s National Energy and Climate Plan, the nation expects to generate 61% of its energy through renewable sources by 2030. By 2050, Europe has a plan to be carbon-neutral with net-zero emissions. Renewable energy in Greece is certainly on its way to success. Despite the seemingly insurmountable economic challenges that are commonly tangled up in the renewable energy issue, the message is clear: it is possible to implement renewable energy so that everyone can have access to it.