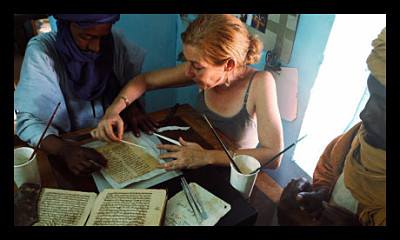 As children, our perception of libraries was clouded by the old librarian sitting at the front desk ‘shh-ing’ everyone as they walked past. While American libraries retain their importance but may have lost their romantic allure, their reputation and modern use is only just beginning in developing countries.

With 73% of the world’s 320,000 public libraries in developing countries, organizations such as Beyond Access are highlighting the extensive potential public libraries can provide to governments who are trying to work on development throughout their countries. Libraries act as a central hub for multiple resources, one of the most important being free access to the internet.

For countries with heavy agricultural areas, farmers are able to research and apply for subsidies, such as farmers in Romania were able to do last year with the help of the 400 public libraries in Romania. 17,000 farmers applied for EU subsidies and were able to bring $27.1 million back into their communities.

The most attractive quality about libraries is their simplicity. They are an age old institution, directly tied to the government. Their operations are more or less the same from country to country. Funding is minimal; computers, basic stationery, office supplies, and training for staff. The return however is limitless.

EIFL, one of the dozen or so partners of Beyond Access, has built a massive group of 39 programs and public libraries. Their libraries serve one of five public interests including agriculture, employment and livelihood, culture and education, youth and at risk children, and health. For example, The Berd Public Library in Berd, Armenia has introduced organic farming practices to 9,000 villagers. The library also hosts lectures and provides journals and books on effective agricultural practices as well as opening up new markets online for farmers to sell their produce.

With startup companies around the world focusing on harnessing technology to bring villages and farming societies out of poverty, the institution of the library and the sense of belonging it brings to communities should not be forgotten. Most public libraries in developing countries can survive on yearly grants between $5,000-$20,000. They provide a constant flow of information as well as an opportunity for employment for the staff. By illustrating the hundreds of success stories in countries like Ghana, Serbia, Nepal, and Uganda, Beyond Access hopes to recruit more donors and policymakers to take advantage of one of history’s longest standing institutions when implementing programs.