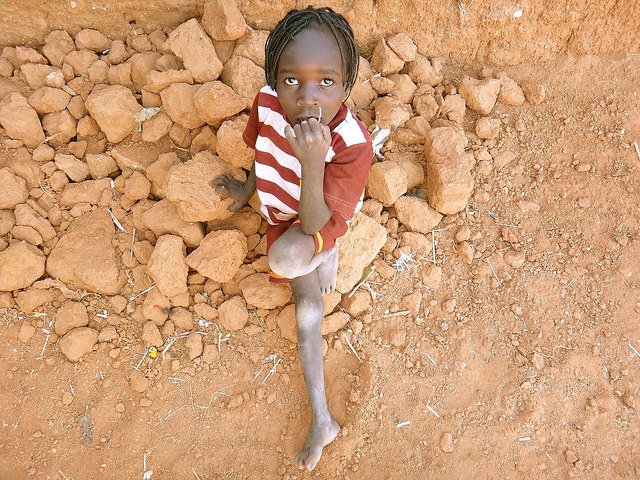 Approximately 5.6 million children younger than five die each year, more than half from preventable causes. Development Media International (DMI) aims to lower this statistic through informative health media campaigns in Africa, Asia, Latin America and Eastern Europe. DMI has run educational media campaigns in over 30 countries and is currently focused on large-scale campaigns in Burkina Faso, Tanzania and Mozambique.

More than 15,000 children in developing countries die each day due to conditions resulting from extreme poverty. Simple, and often free, actions like frequent handwashing, recognizing and treating illnesses sooner, breastfeeding and using bed nets would lower the child mortality rate in these developing countries.

Educational media campaigns have the potential to save one in five of these young children, or approximately 3,000 children per day. The London School of Hygiene estimates that by running campaigns in just 10 countries, DMI can save a million lives.

Development Media International produces educational media content, including radio and TV announcements, focusing on lowering the mortality rate of children under five. Informational broadcasts discuss topics like hygiene, family planning and ways to treat malaria and diarrhea. The content is chosen based on the country’s needs and is tailored to the host country’s religious and cultural norms.

Radio is still the main source of information for families in sub-Saharan Africa. Approximately 59 percent of households with a radio in sub-Saharan Africa listen to programming at least once a week. DMI broadcasts the health media campaigns in Africa several times a day in the local language and partners with the most popular regional radio stations to reach the widest possible audience.

Unlike other nonprofits that focus on supplementing the “supply-side” of relief by funneling aid to hospitals, schools and infrastructure, DMI targets the “demand side” of relief. This means that DMI aims to increase the demand for relief services provided through educational media campaigns. Targeted informational campaigns, like radio announcements that clearly explain the benefits of bed nets for malaria prevention and where to collect free bed nets, can breach the cognitive gap preventing families in developing countries from utilizing available resources.

For example, 600,000 children under five died from diarrhea, pneumonia or malaria in Central and West Africa in 2015. Two-thirds of West African children displaying symptoms of these diseases are not taken to a hospital. All three of these illnesses can be easily treated by a healthcare provider. DMI’s health media campaigns in Africa — specifically in Burkina Faso, Tanzania and Mozambique — address the signs and treatments of common diseases to increase child survival rates.

Limited data exist on the effectiveness of educational media campaigns. However, findings from a randomized controlled trial of DMI’s child survival messaging in Burkina Faso had promising results. The organization found there was a 35 percent increase in the number of children under five who were brought for treatment for diarrhea, pneumonia or malaria after its educational radio messages were broadcast. This is a promising result that shows the great potential for DMI’s programs to help millions of children.