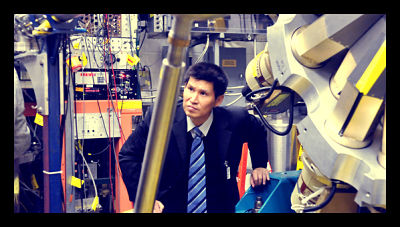 Recently, China began to fund five research centers in Africa and the global south in order to increase collaboration between Chinese and African scientists. The topics of focus for the scientists will include the climate, water, environmentally friendly technology, biotechnology, and space technology.

Using the Chinese Academy of Sciences (CAS), $6.5 million will be distributed to the research centers over the course of the next three years. These funds will work to improve China’s soft power in the global south by conducting joint research projects between the CAS and the research centers.

Currently, there is a CAS network known as The World Academy of Sciences (TWAS) that will also benefit from this Chinese outreach to the global south. Along with the research projects, the funding will also provide for an increase in workshops, training, and PhD programs.

According to Salim Abdool Karim, director of the Centre for the AIDS Programme of Research in South Africa and a TWAS member, “The five centers will play an important role in global scientific collaboration by increasing South-South training opportunities.”

Action through research investment should improve China’s image in the world. Currently, China stands at 50% favorable and 36% unfavorable among populaces from around the world. Comparably, the US was seen as favorable by 63%, and unfavorable by 30%. More specifically, when people were asked if they thought China considered their country’s interests, 27% thought a great deal with 63% saying either not too much or not at all.

There is still a great deal of room for China to improve its international appeal. By working with developing nations to improve research in sustainable technology and other important sciences, China can build off the work of TWAS and foster support from citizens in these countries.

Once the three years comes to an end, the education and collaboration should improve the environmental technology sector, as well as build the capacity for a future scientific community with various projects and goals. If successful, this move may be beneficial in regards to China’s popularity as well.