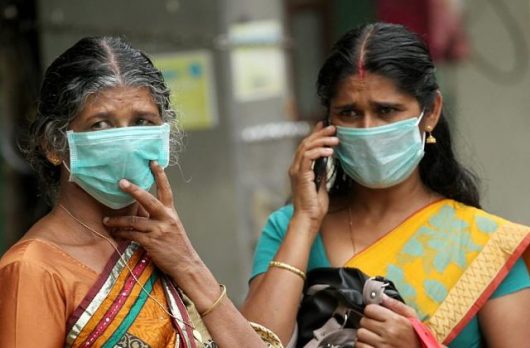 In recent years, India’s healthcare sector has been growing greatly. By the year 2023, the market is anticipated to grow by 16-17 percent due to its strengthening coverage, development assistance and increased investments. The Department of Industrial Policy and Promotion (DIPP) reported that the hospital and diagnostic centers had attracted foreign investments worth five billion dollars between 2000 and 2017.

In attempts to continue improving healthcare in India, a Memorandum of Understanding has been signed in India and Cuba in order to increase cooperation in the areas of health and medicine. In 2018, a budget of $13.16 billion dollars was approved to continue The National Health Mission from April 2017 to March 2020. The Government of India described the signing of the Memorandum of Agreement between India and The World Health Organization (WHO) as a way to facilitate in improving health. Because of these improvements, India has had breakthroughs in many extents.

In the public health arena, India’s mortality rates have decreased. In 1951, the life expectancy was 37 years, but that number had increased to 65 years by 2011. The infant mortality rate has reduced from 146 to 70 infants per 1000 every year.

India, in the past, almost half of the global polio cases were in India. It was considered one of the most difficult places to end polio due to poor sanitation and a high-density population, but that changed in 2011 when the last polio case had been reported in early January. Now, they have been polio-free for the past seven years. This is a huge accomplishment in international health efforts.

In 2015, India was recognized for its significant efforts in public health by the World Health Organization for eliminating the problem of maternal and neonatal tetanus. In all 675 districts of the country, tetanus was reduced to less than one case per 1000 births as opposed to the prior 150,000 to 200,000 annually. This is due to improving access in rural areas to immunizations and pre/post natal services.

Most recently, India successfully contained a Nipah virus outbreak. The Nipah Virus (NiV) is contracted from animal or human through contact with fruit bats. Some cases were found in humans after the consumption of contaminated date palm sap, but many have also contracted the disease from contact with infected pigs. From human to human, the disease is spread through fluids and can affect anyone who comes in contact with a contaminated body.

Since symptoms can take up to 14 days to appear after a person gets infected, early symptoms are often confused with a common cold or fever. Some common symptoms are headaches, fever, nausea, dizziness, and drowsiness, but more dangerous symptoms are neurological, causing confusion and disorientation.

Due to the highly contagious nature of the disease and the potential mortality rate of those infected, The World Health Organization has classified the virus as a priority. Currently, there is no cure, only intensive treatment; therefore, containment is the best way to prevent further outbreaks.

Successful Containment of the Nipah Virus

In May of 2018, the NiV virus was found in Soopikada where a family was affected when two brothers fell sick after cleaning an abandoned, bat-infested well. At the time, the young men died of an unknown cause. Dr. G Arunkumar, a virologist and the head of The Department of Microbiology at The Manipal Center for Virus Research, received a call about the illness and believed it was critical to investigate.

The labs at The Manipal Center for Virus Research and the National Institute of Virology in Pune were prepared to identify outbreaks of Nipah due to training in 2014 initiated by the United States Global Health Security Agenda. Arunkumar explained. “I ruled out other causes of encephalitis and suspected it was Nipah right away.” Less than 12 hours after he received the patient’s tissue samples, his lab confirmed his suspicion.

Public-interest messages were sent out telling people with flu symptoms to report to the government-run Kerala Minister for Health for treatment. A helpline was set up so the public could call to report their symptoms. The same protocol used for Ebola was used for Nipah. As word spread about NiV, people stayed indoors. Businesses remained open but schools were closed.

Three weeks after Nipah had been identified as a cause of the outbreak, on June 10, Kerala’s Minister for Health, K.K. Shylaja, declared that India beat Nipah. There have been no new cases since the last death on May 30. Arunkumar feels that heightened awareness and monitoring for encephalitis symptoms should continue among health-care practitioners in India.

Successfully containing NiV was an important indication that healthcare is improving in India. Limiting the spread of deadly diseases is a step toward increasing the mortality rate and safety of the people in India and all over the world. Having the facilities necessary and the training to recognize and treat various illnesses has been the key to other important breakthroughs, like being Polio-free and reducing maternal and neonatal tetanus.