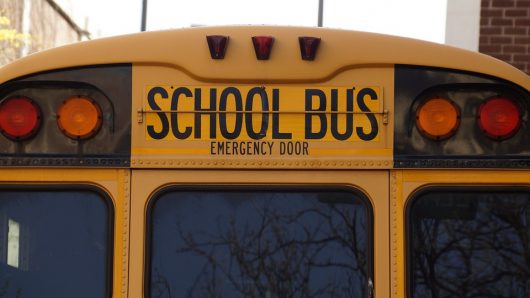 In the years following independence from the Soviet Union, the country of Georgia faced a variety of challenges from natural disasters to political unrest. Times were tumultuous for over a decade, but in 2003, the year of the Rose Revolution, a new dawn broke for the nation. A new government arose and enacted many new programs — some of which address the ever-present issue of public education in Georgia.

Although the national plan for education in Georgia direly needed a make-over by the turn of the twenty-first century, the system had not yet become a hopeless case. All age groups within the country were evaluated with over 98% literacy, but it was usually only basic literacy with very few individuals making it to higher levels of education.

This phenomenon of widespread but low-level education can be attributed to the inefficiency and low quality of the public education programs. Ultimately, families did not feel that it was worth their time to put their children through more than the minimum required years of education.

After primary education, the government would no longer support the entirety of a student’s tuition; thus, to continue on in education, the child and his or her family would need to pay a good portion of tuition — funding that few families had to spare.

Shortly after the Rose Revolution, the newly appointed government developed a plan that would allow for the growth of a more efficient and cohesive education system.

The bill passed through the Georgian legislature was dubbed the Law on General Education, and it opened up services that the Georgian public had previously been unable to access. This new law established equal treatment for ethnic and linguistic minorities, ensuring that all could receive a free education to the newly raised requirement of the ninth grade. It also gave more local power to families to elect the principal of their child’s school, and be privy to other rights that had previously been unavailable.

With this new focus on issues surrounding public education, the government has improved many services, such as vocational training and higher education, which are now also more readily available to the public.

A great number of children enter the fifth grade, but there are unfortunately many students who do not make it past the primary levels of education. Generally, due to poverty, two percent of primary-aged children are compelled to drop out of their educational endeavors before completing their primary education.

Many see the drop-out rate due to poverty as a self-perpetuating problem. The Bertelsmann Stiftung’s Transformation Index (BTI) states that, “Households in which adults have better education are less likely to be poor.”

To address this prevalent issue, and to better retain and educate its students, the Georgian government has increased its spending on public education by 43% over recent years. The effort is commendable, but the BTI argues that improvement needs to increase even more in order to keep up with prevailing economic issues and bolster the educational infrastructure of the country.

With an increased amount of students graduating from secondary education, the government will soon need to provide stipends to graduates for further education in institutions of higher learning.

The issues facing the growing sector of public education in Georgia are many, but various international organizations are optimistic for the emphasis placed on education reform by the Georgian government.

With its limited resources, these global figureheads agree that it is key that Georgia puts a high priority on developing its human capital, and in this way, secure the long-term progress of the country.