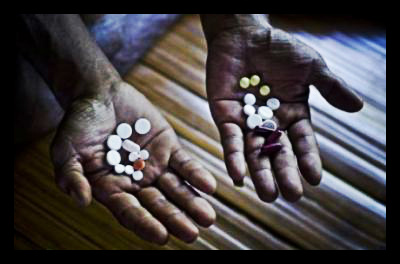 These companies sought assistance from the PR firm to launch a campaign to discredit South Africa’s proposed reform of patent laws. The campaign was titled, “Campaign to Prevent Damage to Innovation from the Proposed Draft National IP policy” in South Africa.  These plans were solely to protect company interests.

The PR firm behind this leak, Public Affairs Engagement, exposed a nine-page document that highlighted the fear of pharmaceutical giants and manufacturers if South Africa were to adopt new reforms against innovator companies. Eventually, South Africa’s IP (intellectual property) policies could potentially serve as a model in other developing nations who follow strict patent procedures.

The document primarily focuses on the mission of the campaign, to “delay the finalization of the IP (intellectual property) policy by the cabinet.” PhRMA and IPASA wanted to send the message that IP reforms will be a threat to South African economy and benefit other competing developing countries.

Pharmaceutical industries began fearing the worst after a publication from the department of trade was released, indicating new procedures for IP, such as compulsory licensing.

For example, life-saving drugs with patents could be reproduced without permission, as long as royalties are paid. Access to cheaper generic drugs would be seen throughout South Africa with this reform in IP laws. PhRMA and IPSA were left to formulate a campaign, knowing that the proposed IP policy would most likely be accepted into law during the upcoming elections in April.

Global drug makers have already spent around 600,000 dollars for this campaign against IP.

Despite their efforts to protect their intellectual property for the sake of company profits, South Africa is on the final stages of implementing the IP policy. According to health officials, these policies will cut healthcare costs and increase patients’ access to medicine.

Because of this reason, the Minister of Health Aaron Motsoaledi commented that the Pharmaceutical Giants’ campaign, meant to turn South Africans against the government, “is a conspiracy of satanic magnitude…a plan for genocide.”